Dipannita Sharma came into the limelight after she was selected in the final five of the Miss India 1998 pageant. Afterwards, she ruled the runway and walked the ramp for all the major design houses both domestic and international. She made her Bollywood debut with the action-spy-thriller 16 December and came to prominence with her roles in My Brother…Nikhil and Ladies vs Ricky Bahl. She also featured in Khatron Ke Khiladi Season 1. Her love for fashion has ensured that she does not fade away from the memory of her fans.

In an exclusive conversation with InUth, the supermodel spoke about how fashion has changed, the Harvey Weinstein scandal and being stereotyped as a person from the Northeast.

From 1998, when you made it to the top five of Femina Miss India pageant to now, what do you think has changed in the fashion world?

A lot (laughs). The influx of the quantity is so much more. There are so many fashion shows which were not there when I started. This also means that knowingly or unknowingly quality is being compromised. Although there are more opportunities now than ever, just like any change, this too has its pros and cons. 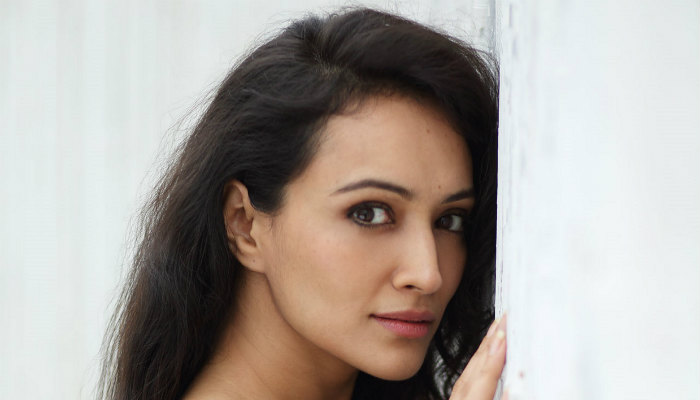 We keep hearing so much about the good old 90s. What is your favourite memory of that time?
You see the 90s was the time when I was in high school. I remember cable TV came to my home for the first time and I got to know about trends and the world of fashion. It was exciting for me. My interest in the glamour world begun then. It was then that I decided I would want to study and take it as a career.

You have spent almost two decades in showbiz. Do you think the likes of Harvey Weinstein exist in Bollywood?
Wherever there will be power and money, there will always be people like these. Power and money corrupt you, and it exists in every industry. Our industry is more talked about but no one can deny that it doesn’t exist in other places. I also feel it is good to see women speaking up. Why should someone get away with it? I would also advise women to always keep in mind that they are more important for themselves.

In the entire scandal, we have seen Hollywood actresses backing each other. Do you think Bollywood actresses would do the same?
Well, we have come a long way. I see actresses in Bollywood standing up for what is right. But they should be careful about how they use feminism because feminism is not about being a man-hater. It is just about being equal. If something is wrong for a woman, it must be wrong for a man as well. The whole point of feminism will go for a toss if we don’t understand what it means. You cannot twist feminism for your benefit.

Also read: Bigg Boss 11: Why must we have inhuman tasks like ‘who can hold their pee’ just for TRPs?

So you are from Assam. How do you see the representation of Northeast in showbiz?
I feel after so many years we are getting fair representation. It is heartening to see because when I started, I had to battle stereotypes. I had to educate people about the region. People mistook me as a Bengali because for them Assamese and Bengali were the same people. I had to tell them about the different states, the food habits and culture. I think I was disappointed, angry and a bit amused because those were my fellow countrymen who did not know about the Northeast. I honestly felt bad about them and I think it was the fault of the education system. They were not given enough knowledge about the region. Why is the Northeastern history missing from books? I read Assam history because I was from the state. I think education is really important. Contrary to what people think, not everyone in the Northeast eats cats and dogs.

Also read: As Deepika gears up to play Amrita Pritam, we look back at the writer’s unrequited love for Sahir Ludhianvi

How do you see Ranveer Singh’s transformation from Ladies vs Ricky Bahl to Padmavati?
Ranveer is such a wonderful actor. He looks like an international star. It is a proud moment for me. He is very passionate about his work and I knew his hard work would pay off.