Arjun Kapoor will be seen next in Mubarakan, a comedy film. 5 years after his Hindi film debut in Ishaqzaade, the actor takes on the challenge to act in a comedy film, which is considered as the most difficult genre even by the experienced actors of Bollywood like Akshay Kumar, Salman Khan, Paresh Rawal. The actor sports a double role in this Anees Bazmee’s family entertainer, which he describes as ‘No Entry meets My Big Fat Greek Wedding‘.

Ahead of the film release, Arjun spoke to us about the challenges of acting in a comedy film, why Bollywood isn’t able to churn out good comedies at regular intervals and much more.

How difficult is it to get the comic timing right given the fact that comedy is one of the most difficult genres?

To make the entire country laugh is not easy as a sense of humor might appeal to certain kind of people but when you do a film like Mubarakan, you have to keep the Indian Audience in mind. I am talking about the Pan-India audience and not just the four to five major cities or the small town. The texture of such films should be to make everyone happy. When I did 2 States and Ki and Ka, I enjoyed doing the funny moments. I always sensed that comedy is a genre I want to explore but I didn’t want to do it till I am 100% excited about the material. Comedy isn’t an easy genre and hence you have to feel equipped. The opportunity to act in a comedy film for me came at a right time with the right script. The material inherently is not slapstick and gag oriented. This film falls in the space of a situational comedy and I believe situational humour brings about more smile on the face of audience, for example, No Entry. Mubarakan has a combination of No Entry and My Big Fat Greek Wedding, so I just felt it appeals to the common man as well as the youngsters due to the celebratory feel. I feel this is a genuinely funny film or to be precise a wholesome family entertainer.

Bollywood has a history of making films with a double role. Which one is your favorite?

I love Kishen Kanhaiya. Organically, even our film falls in the same space as Kishen Kanhaiya. Obviously, Mubarakan is a lot more contemporary. If you ask me my favourite double role film off late, it has to be Rowdy Rathore.

What separates Mubarakan from other double role films?

Mubarakan isn’t the typical comedy with mistaken identity. In-fact, Karan and Charan are together for around 60 minutes in the film, which is quite a lot of time. 40% of the film, you see both the characters talking together which is never been done at-least in Hindi cinema till this extent and this genre. 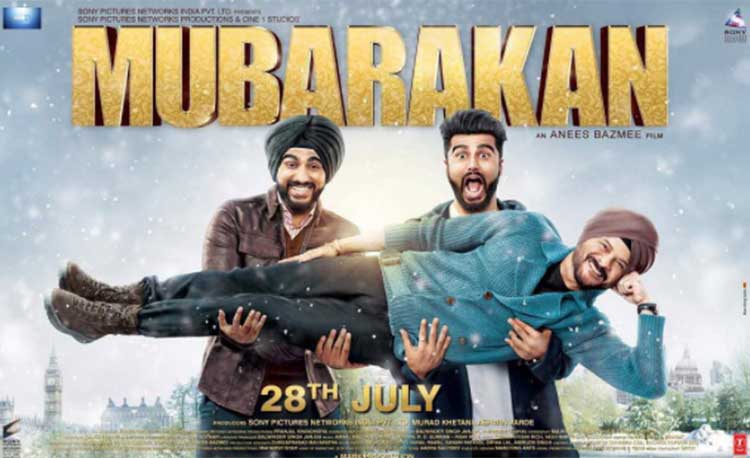 How comfortable are you to sign on for a slap stick comedy or adult comedy?

Slap stick is something that is very evident across the world. I think every film has a certain amount of slap stick comedy, and I don’t mind doing it. As far as adult comedy is concerned, our country takes it very differently when compared to the international market. The content we select, unfortunately, becomes a little too person specific. When you see American Pie, the audience there is used to watch that kind of humour even in the routine film, but we don’t have such humor in Hindi films. The word sex is not taboo in conversations over there, but over here, we tend to discuss even a kissing scene between the lead actors on screen. I am not somebody who is looking to do an adult comedy at this stage, but I won’t disregard any person who is doing it. 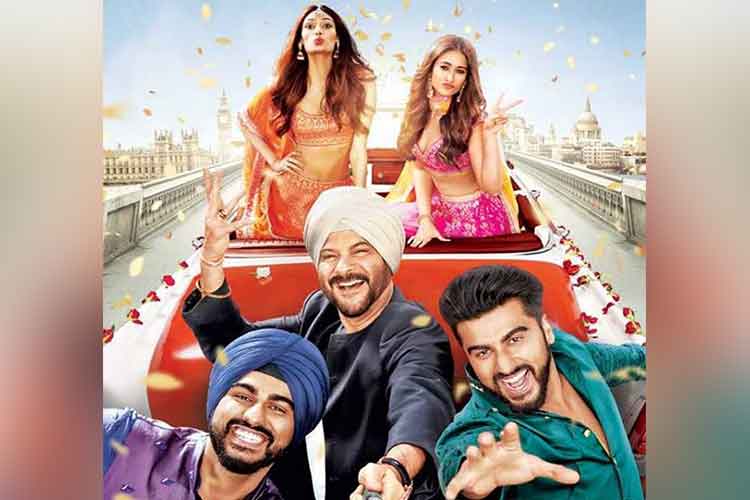 Also read: These photos from the trailer launch event of Mubarakan are certainly more fun than the trailer

Why are the younger lot of actors sceptical to do comedies?

There is not much being written today. An actor cannot go beyond a point to hunt for a comedy film. You base your decision based on the kind of script being offered. Over and above that, the director should believe that as an actor you can pull off a comedy film. Anees Bazmee must be having some faith in my acting abilities to pull off a comedy film. Comedy is not something that everybody can do and I feel lucky that he chose me for this film. The script is the most important aspect of a comedy film and in today’s time, we don’t come across good comic scripts. Comedy is not a genre that the youngsters get. By youngsters I mean, the younger lot of writers and directors are not Pan-India in their thought process as their upbringing is more digital and they are more in touch with the youngsters of India. Comedies in India have always worked when they deal with the daily problems like you see in Kapil’s show, he deals with topics that a common man can relate to. Humour in India today works when it is done universally, but when it is done selectively, it would work with a very selective audience. It is not an easy genre to write, produce, act and direct. I have grown up watching Govinda films and for me, family outing on Sunday used to be watching a Govinda film. We got the chance to watch such films because they were made more often. The audience structure has changed over the years. Along with that, in today’s time an actor wants to be cutting edge, different and more often than not one is written about for being dark, niche, intense. These are words which are very cool to read when you open Twitter or Instagram. These are the things which are exciting for writers, directors and actors which is the reason why they make such films. More chatter happens digitally about dark, niche and intense films, but comedy is a genre wherein the film audience chatter about more.