Toilet: Ek Prem Katha is all set to hit screens tomorrow, 11 August. The film which features Akshay Kumar, Bhumi Pednekar, Divyendu Sharma and Anupam Kher in pivotal roles, is directed by Shree Narayan Singh and is emphasises the importance of sanitation. Not only are Akshay Kumar’s fans eagerly awaiting the film’s release, but so are Bollywood celebs.

Many Bollywood celebs, including Ranveer Singh, Arjun Kapoor and Karan Johar, have posted videos on Twitter in support of the film. The culture of promoting each other’s movies on social media has gained acceptance in the industry. Keeping competition aside, B-town celebs with their best for the release of other films. Though the practice has become quite prevalent, the celebs went an extra mile for Akshay’s film all celebs. They made funny videos and posted it on Twitter and Akshay in return also acknowledged their efforts.

It is really important for Bollywood that Toilet: Ek Prem Katha becomes a hit. In the past weeks, even the biggies weren’t been able to get a decent collection at the Box Office. The failure of Salman Khan’s Tubelight, Shah Rukh Khan’s Jab Harry Met Sejal, and Ranbir Kapoor’s Jagga Jasoos, proved that one could never be sure what works at what doesn’t at the Box Office. It also reiterated the fact that it’s the content that sells and attracts footfalls. 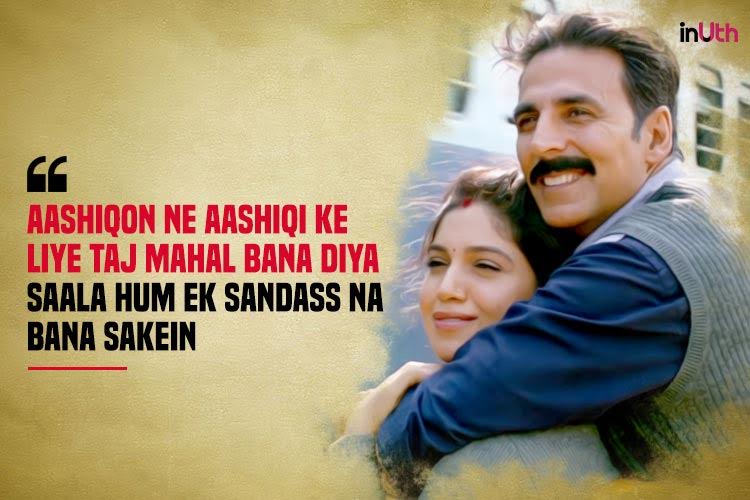 In the times of a much-needed super-hit, Akshay Kumar’s Toilet: Ek Prem Katha is one film which many have pinned their hopes on. Going by the Box Office performances of his previous releases, it won’t be wrong to expect Akshay Kumar to weave his magic again this time.

Here are the tweets of celebs who can’t wait for the film to release:

Can’t wait to watch toilet ek prem Katha…1 day to go…this one is for you @akshaykumar….@kriarj pic.twitter.com/6zxbfPcx0y

A love story we all will relate to !!!Friday 11th August save the date for @ToiletTheFilm !!! @akshaykumar @psbhumi @kriarj all the best !!! pic.twitter.com/XQ524rcHNJ

Shit!!!i cant wait for #ToiletEkPremKatha …comes another great thought to change the society by the man himself @akshaykumar!! Hatsoff!! pic.twitter.com/idN3bWqUZ6

is coming, this weekend will be great because of @akshaykumar and @psbhumi .. best wishes #ToiletEkPremKatha pic.twitter.com/V5eBkwDgY9

One different film that turns heads for sure. Congrats to my bro @akshaykumar and @kriarj for a fab film this Friday. #toiletekpremkatha

Wishing all the luck to @akshaykumar and @kriarj for #toiletekpremkatha its first on my hit list this Friday!!!

Dear @akshaykumar!! Loved you in @ToiletTheFilm. It is your best performance. Mature, funny, self mocking & moving! Proud of you my friend. pic.twitter.com/TZQAFdbi12

I have a feeling this one doesn’t need any luck. #ToiletEkPremKatha is looking fantastic. Congrats @akshaykumar n my dear @mrsfunnybones 🙂

Time to head to the TOILET!!!!!Releasing TOMORROW at a THEATRE near you 🙂 don’t make the… https://t.co/s8n3xidCrE