Imtiaz Ali’s next featuring Shah Rukh Khan and Anushka Sharma is all set to hit screen tomorrow. Jab Harry Met Sejal is a love story of Harry (SRK) who is a tour guide by profession and Sejal (Anushka), a Gujarati girl on a tour who loses her engagement ring. The film marks the first outing of SRK and Imtiaz. What binds them together is that while Imtiaz has made many love stories, Shah Rukh has acted in many in his Bollywood career spanning 25 years. This first union of both is being looked forward to by many and the director revealed the one scene in which he realized Shah Rukh was an ‘animal’.

Speaking to media, Imtiaz was asked if at any point during the filming of the movie he realized that no one did romance better than SRK. To this Imtiaz narrated a scene from the film and added everyone should pay special attention to it. The ace director said, “There was a scene in a train when Sejal and Harry go from Budapest to Prague. This one comes after the interval. She asks him about his home and questions why doesn’t he ever go back. In that scene how Shah Rukh reacted actually, was something I was not expecting.  I hadn’t imagined he would show that kind of passion. That also changed the course of the story a little bit because then I realized am dealing with this animal, who doesn’t have a normal heart.” 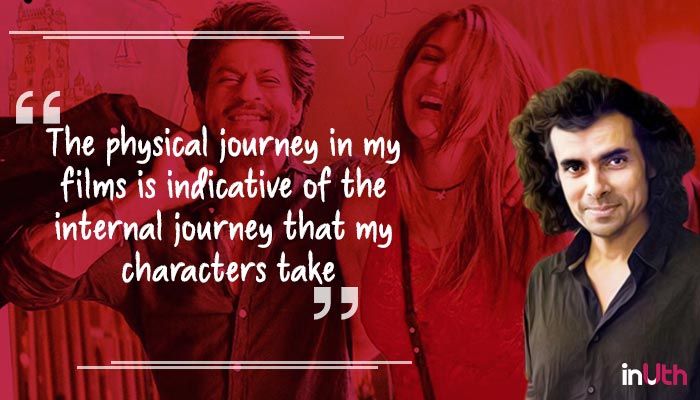 Well, now that Imtiaz himself has told about his favorite scene from the film, everyone should look forward to it.  Speaking about the film and telling why Shah Rukh’s Harry is different from Rahul and Raj, the kind of roles the superstar has done in the past, Imtiaz said this is not at all similar. He asserted if SRK would have wanted to do the same kind, he would have gone to the people who gave him those roles. Imtiaz said:

He used to tell me, ‘agar mere layak kuch ho toh batana where you think I can fit in, not what I think.’ Also, I feel he hasn’t done a love story for a while because he cannot associate with that kind of stuff he did in the past. Maybe because of age or experience. Probably this is why he wished to do something layered.