With films like Bajirao Mastani, Piku and Goliyon Ki Raasleela Ram-Leela, Deepika Padukone has beautifully evolved into one of the finest actresses and a strong female icon. For the Om Shanti Om actress, the journey from being a model to one of the most bankable Bollywood stars hasn’t been a cakewalk. A combination of unbending dedication, hard work and a few sacrifices worked for the gorgeous lady. At Hema Malini’s biography launch- Beyond The Dream Girl, Deepika talked about her experience portraying Rani Padmavati and the sacrifices she made in her personal life to become a sought-after actress.

Talking about her experience working in Sanjay Leela Bhansali’s Padmavati. She said,

Also Read: Deepika, Karan Johar and other celebrities who braved social stigma to talk about depression

Speaking of all that she has accomplished so far, the actress said that it was pure hard work and a disciplined lifestyle that helped her reach so far. 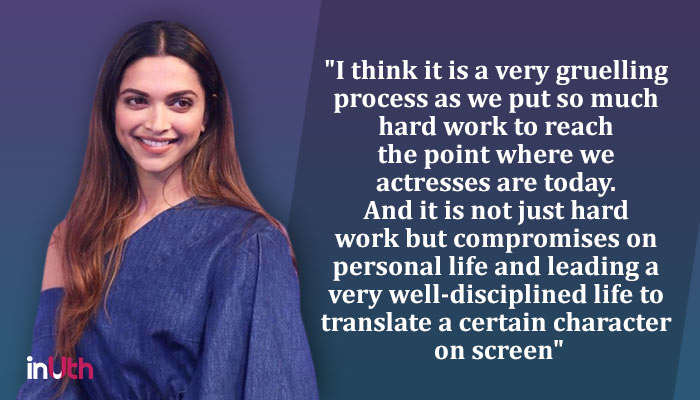 Speaking of compromises, Deepika said that she had to choose between her formal education and her work and it was a tough call. 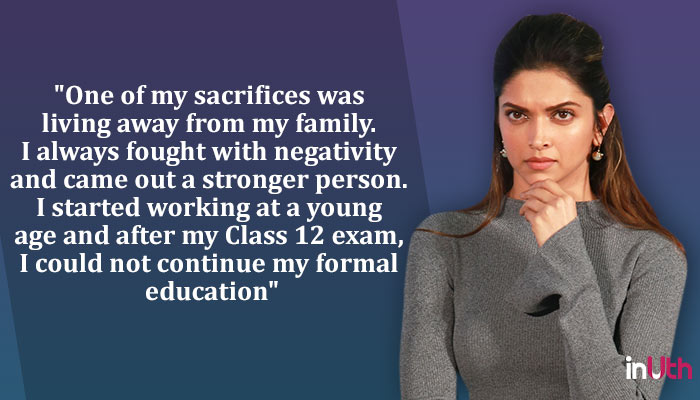 Also Read:Did Deepika Padukone miss out on a Hollywood film due to Sanjay Leela Bhansali’s Padmavati?

Initially, Deepika’s parents were reluctant towards her chosen career. 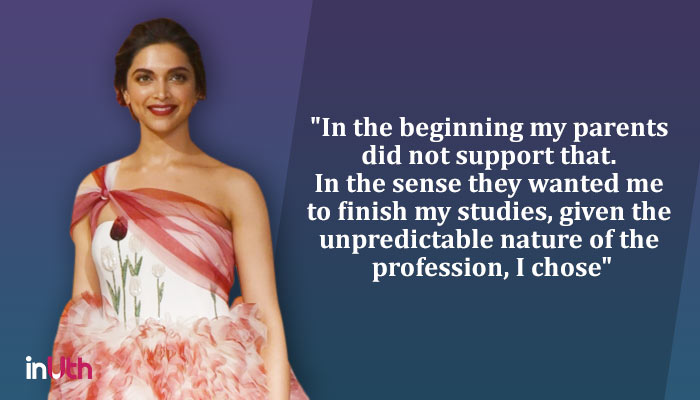 While talking about how she regrets being just a 12th pass, Deepika said, 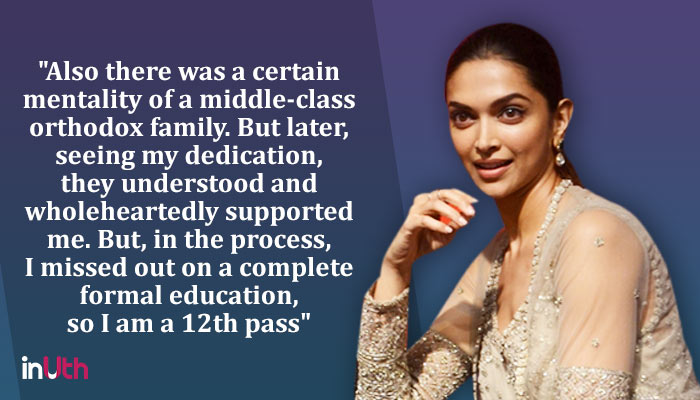 Talking to an extent at the event, Deepika also spoke about her romantic relationship. She said:

As far as romantic relationships are concerned, they are complicated because it is difficult to find someone, who understands your success, your passion for what you do, who understands that maybe you earn more money (than him). It (at the top) is a complicated place to be in.

The Bajirao Mastani actress further stated how her success has put several of her relationships through testing times and also revealed how her parents were started looking for a guy for her.

A lot of people could not handle the success that came my way and sort of disconnected. I am not upset about it, that’s just the way life goes. People, who are closest to you and matter, understand,” she said.

This is not the first time, the Piku star has come forward and spoken her mind out. In an interview with a leading daily, Deepika opened up about her battle with depression. Here’s what she said:

I think there is sort of stigma attached to it which you know, let’s not talk about it, you can’t take medication for your mind and for your brain because nobody does that, what are other people going to think, you are going to lose your job… so if I can impact even one life in this entire process of speaking up and letting people know that you know what, it’s something I have been through and something that I could deal with because I had a fantastic support system.

After breaking up with Ranbir Kapoor, the actress talked about her heartbreak.

Of course! It takes a lot of strength to mend a broken heart. Channelising energies into your work helps, but also to be able to accept situations for what they are instead of questioning them, help immensely. The day you start questioning, you are going to be unhappy. Sometimes you have to accept things for what they are and have the ability and the strength to forgive. And when I say forgive it’s not about wrongdoing — XYZ has done something so I am going to forgive that person.

Deepika was last seen in Bajirao Mastani and will be next seen in Sanjay Leela Bhansali’s Padmavati starring Ranveer Singh and Shahid Kapoor. Talking about her experience portraying the role of Rani Padmavati, she said: 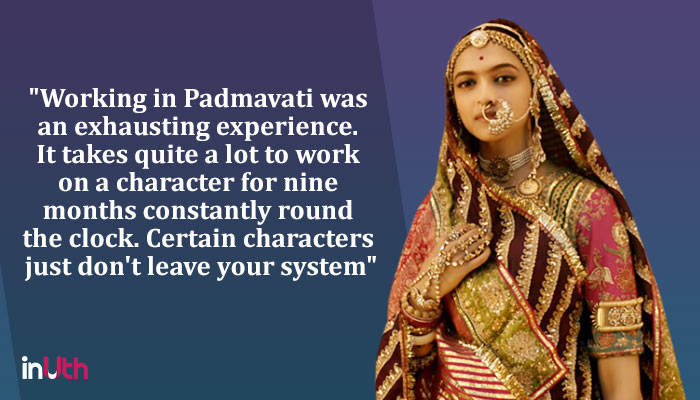