When the man who immortalised Wolverine for the silver screen, Hugh Jackman, spoke about his successor for the superhero role; everyone was all ears. The Hollywood star in conversation to a leading film journalist Rajeev Masand said Shah Rukh Khan could play the role. This was enough for all the fans of the Bollywood superstar to say ‘Bring it on’ or ‘Let’s make this possible’.

And as it turns out, Shah Rukh himself too isn’t against the possibility. On his Twitter page, the King Khan wrote he is prepping for the role and that he needs to grow hair on chest. See? He is all game to play the clawed superhero.

Now, anyone who is a Shah Rukh Khan fan would know the superstar has a penchant for games and comic books. So, obviously, he had to fall in love with this idea sooner or later.

Also read: Hugh Jackman thinks Shah Rukh Khan could be the next Logan. Comic lover King Khan would be happy! 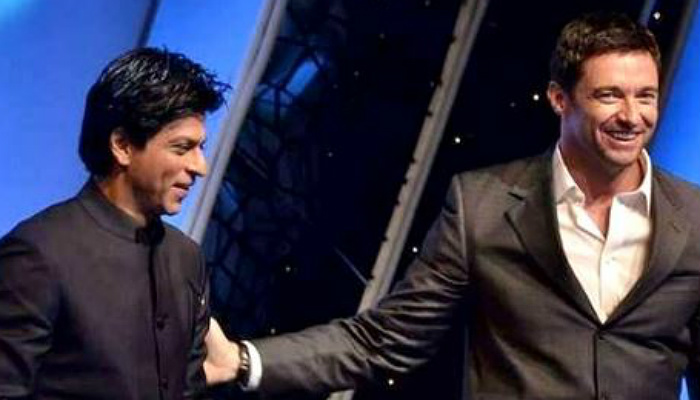 Logan is the last film featuring Hugh Jackman as Wolverine. The star has been associated with the role for over 17 years now. But, he said that he doesn’t have any regrets and would love to see someone else essay the iconic character. The film, which opened in theatres yesterday, has been widely appreciated by critics. They called it the best farewell gift to Hugh Jackman.

Also read: Logan film review: Hugh Jackman’s last run as Wolverine is nothing like anything you’ve seen before

Shah Rukh Khan, on the other hand, was last seen in Raees, which turned out to be the first hit of 2017. In the film, he played the role of a bootlegger Raees Alam who was constantly fighting with authorities. The film also featured Nawazuddin Siddiqui and Mahira Khan in pivotal roles.