After the successful venture of Kaabil, Hrithik Roshan has decided to play a pivotal role in the directorial debut of ace fashion designer Vikram Phadnis. The title of Vikram’s Marathi film is Hrudayantar wherein Hrithik will be reprising the role of famous Indian superhero Krrish.

The actor has already shot for the important sequence wherein he will be dressed as Krrish. The situation deals with the life of a girl who gets proposed by Krrish. Now, it needs to be seen whether it is a dream or not. A couple of days ago, the muhurat of the film became a star-studded affair. 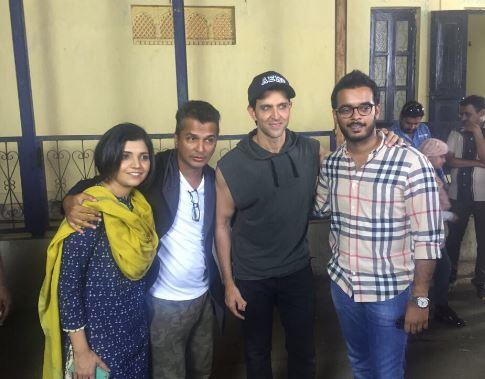 The movie also stars Punjabi actress Sonia Mann who will get proposed by Hrithik Roshan in the film. It will be interesting to see how the film unfolds and leads to Krrish’s cameo. 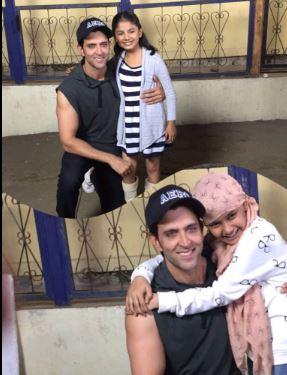 Vikram’s good friend and great choreographer Farah Khan also decided to choreograph a particular song in the film for free. She stated that the song explores the beautiful relationship between a mother and daughter. Farah Khan and Vikram have been college buddies and hence she decided to help the designer in her way.

It will be interesting to see Hrithik Roshan as Krrish. Besides his small cameo, Rakesh Roshan and the team is planning to make the fourth part of the Krrish series. The last film Krrish 3 smashed some box office records. His last picture Kaabil also gave tough a tough competition to SRK’s thriller Raees. The movie went on to become a part of the elite 100 crore club.

Hrithik Roshan has done several cameos in the past but this is the very first time he will be seen as Krrish in some other movie. Do let us know what do you think about his role in the film?