Bollywood actor Hrithik Roshan who has worked in many films with filmmaker Rakesh Roshan says working with his father isn’t always an easy task. Whenever the father-son duo collaborates for a project, they always manage to mint gold at the Box Office. Be its Hrithik’s big Bollywood debut film, Kaho Naa… Pyaar Hai or his successful  Krrish franchise, they have an exceptional track record when it comes to Box Office collection.

However, the Mohenjo Daro star feels that working with his father is not always a cakewalk for him. In a recent interview with a leading daily, Hrithik talked about his bonding with senior Roshan on the sets of their films. He said that despite working with him in many films, he feels that he is comfortable with other directors more. Hrithik says that an actor and a director need to share a high level of trust and comfort and therefore there’s a lot of ‘transparency’ in his work when he’s in a film with father.

He also explained the very basic difference between working with father and another director in a film. He said:

I can’t afford to take my own sweet time to get ready for a shot. Dad is very particular about deadlines so we are always working to finishing a project on time and can’t be laid-back. On other people’s sets, I am the star. Here, I am just another person on the set.

Also Read: Rakesh Roshan not at all interested in watching Raees, says will go for son’s film again 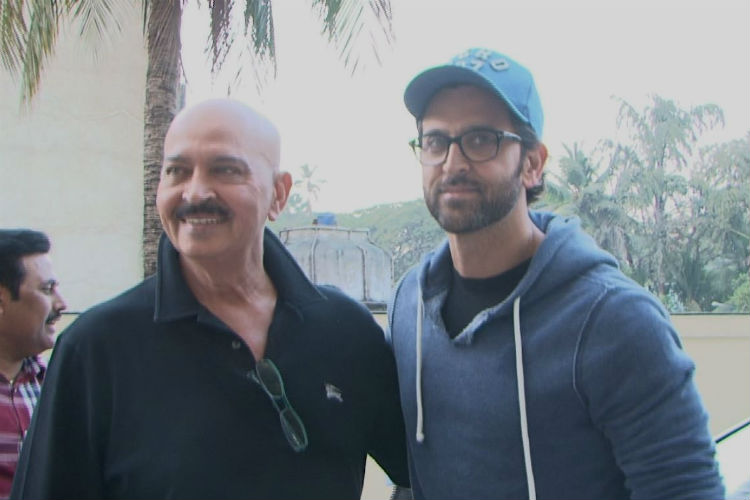 The interview also has him mentioning how much he liked Ranbir Kapoor’s last release — Ae Dil Hai Mushkil. Talking about how is a completely ‘secure’ actor, Hrithik said:

I recently saw Ae Dil Hai Mushkil and I absolutely loved Ranbir (Kapoor) and Anushka (Sharma). But I never felt like I could’ve done a role better. That thought never crosses my mind. I don’t get jealous of another actor’s success

On the film front, Hrithik was last seen in Sanjay Gupta directorial Kaabil. Featuring him as a blind man, the film was a Box Office hit. The film also featured Yami Gautam, Rohit Roy and Ronit Roy in pivotal roles.

Also Read: ‘In touch with Katrina Kaif, Hrithik but no project in the pipeline’: Kabir Khan