Reema Lagoo’s sudden demise has left everyone in a state of shock. The 59-year-old actress shared an emotional bond with several A-listers in the tinsel town. Right from Amitabh Bachchan, Akshay Kumar, Karan Johar to Alia Bhatt, the stars remembered her. She was finally laid to rest with Aamir Khan, Kiran Rao, Mahesh Bhatt and others being present at her funeral.

In her film career, Lagoo earned a lot of accolades for portraying roles of mothers to A-listers like Madhuri Dixit, Govinda, Kajol and others. But it was her association with the three Khans that earned her a lot of accolades. Among the trio, it was her association with Salman Khan that was the most successful. The late actor played his mother in Maine Pyaar Kiya, Patthar Ke Phool, Judwaa and Hum Saath Saath Hain.  She worked with the

She worked with the Tiger Zinda Hai actor in blockbusters like Hum Aapke Hain Koun and Kuch Kuch Hota Hai. Reema Lagoo was indeed very lucky for Salman right from Maine Pyaar Kiya when she played his mother. The Sooraj Barjatya directorial was Salman’s first film as a lead actor. In an interview, she had heaped praises on the actor, saying he was more like a family member to her.

It is unfair to say that only Salman had a successful chemistry with Reema Lagoo on the silver screen. The late actress essayed the role of Shah Rukh Khan’s mother in Yes Boss and Kal Ho Naa Ho. Directed by Aziz Mirza, Yes Boss was about an ambitious middle-class manRahul (Khan) aspiring to make it big in the real estate world. Lagoo played his mother who was a heart patient and sensitive to any shocking news. Following the super success of Karan Arjun and Dilwale Dulhania Le Jaayenge, Shah Rukh had endured a rough patch with films like Army, Gudgudee and Ram Jaane biting the dust. He was a dire need of a hit and Yes Boss came at the right time. Maybe, his on-screen mom turned out to be lucky for him. 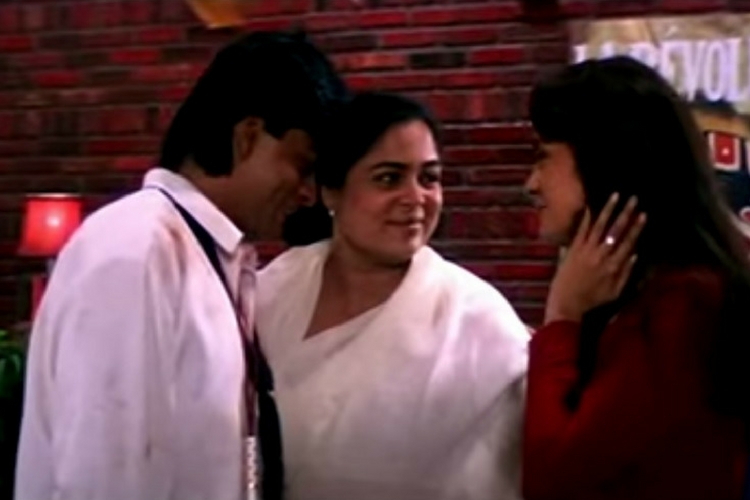 Reema Lagoo worked with Bollywood’s Mr Perfectionist Aamir Khan in two films, Qayamat Se Qayamat Tak and Rangeela. While QSQT was his debut film as a lead actor, Rangeela marked a turning point in Aamir’s film career. The Ram Gopal Varma directorial got him nominated for Filmfare Best Actor award. But off-screen the duo shared a cordial bond. In fact, Aamir Khan had inaugurated a water conservation project in Amravati district of Maharashtra in 2016. Reema Lagoo was also present at the event. 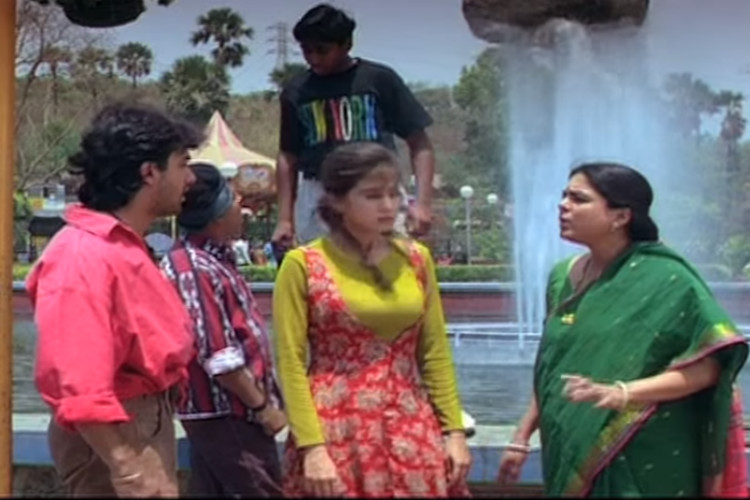 Aamir Khan and Reema Lagoo in a still from Rangeela

Also read: From a sultry dancer to a sexually repressed wife : Reema Lagoo is much more than the perfect Indian mother