Rishi Kapoor seems to have found an interesting way to get people to talk about his upcoming film, The Body, by talking about the bodies of today’s actors. Speaking to IANS, Kapoor said the following – “these days, budding actors are more interested in grooming and building their body. They focus on building muscles than emotional exercise, which is important for actors. If you have the acting skill, you will surely become an actor. If you don’t, you’re replaceable.”

“Look at Ayushmann (Khurrana), Rajkummar Rao, Ranveer Singh, Vicky (Kaushal) and — I’m not taking his name because he is my son — but Ranbir too is a talented actor! None of them have ‘dole-shole’ (muscles). Kyunki dole rahne se, kalakar nehi banoge. Bas gym mein paise phukega (You won’t become an artist because of your bulging muscles, you’ll only waste money on your gym subscription”, he added. Let’s just resist saying ‘Ok Boomer!’ and instead engage with the truth of the above statement.

It’s not true that the above-mentioned actors don’t go around parading their gym routine. Everyone’s going around plastering their social media with shirtless photos. Including your son, Ranbir Kapoor. Don’t believe us? Here’s proof – 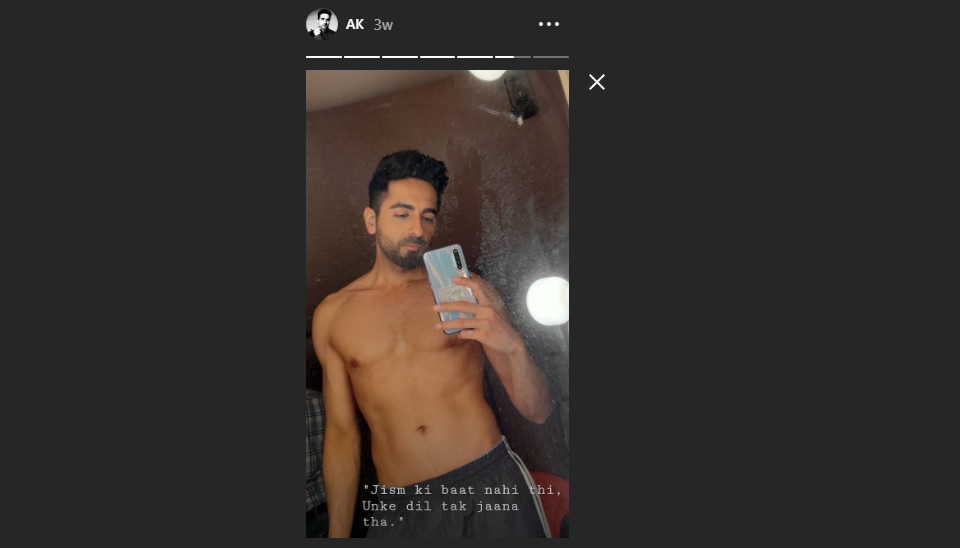 Throwback to those late night training sessions for #UriTheSurgicalStrike … gaining 15kgs of muscle weight wasn’t an easy task for this ectomorph… a big shout out to my dear ‘jallaad’ trainer @rakeshudiyar and his team @amol_kyatam and Mangesh for constantly making me sweat, scream and cry so that I could reach my goals. #HowIsTheJosh ____

It’s the nature of stardom these days, and everyone wants to look good. As much as Rishi Kapoor wants everyone to turn to their artist within, by citing himself and Amitabh Bachchan as examples, let it not be forgotten that they’ve earned this luxury after a career of over four decades each. These young stars have barely been alive for that long.

Also, even though Rishi Kapoor might have a point that an ‘artist’ cannot be born in a gym, let’s just remind him that this year’s biggest hit is about two men flexing their muscles in unthinkable ways. To quote from the Game of Thrones finale – “sit down, uncle.”