Deepika Padukone would have never thought that her Holi wishing Instagram post will create a controversy. The actress on Monday took to the photo sharing site and wished a very Happy Holi to all her fans with a picture of her and Ranbir Kapoor, which was a still from their film Yeh Jawaani Hai Deewani‘s popular track Balam Pichkari.

Soon after posting the picture, it went viral on the internet and in no time people started criticizing Deepika for uploading a picture with her ex — Ranbir. While many were simply disappointed after seeing Ranbir in the picture instead of Ranveer Singh, others assumed that it was a clear indication of Deepika and Ranveer’s breakup.

Earlier this year, there were speculations that Deepika and Ranveer Singh’s relationship is going through a rough patch but the duo cleared the air by walking hand in hand at a party. In fact, the same rumours also surfaced when the lovebirds celebrated New Year without each other.

Well, coming back to the picture, DeepVeer’s fans are clearly not very happy with this post of the actress. They are asking her on the social media that why she chose to upload the picture with Ranbir instead of the one she had with Ranveer from Ram-Leela.

However, in an interview with DNA, a source revealed that the logic behind putting this picture was just that the song Balam Pichkari is much more popular than Lahoo Muh Lag Gaya and is played on repeat at various Holi parties.

But still, Instagrammers went bonkers over the post and showed their anger. Here’s what they commented: 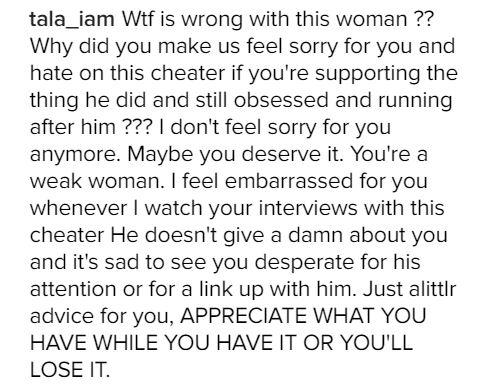 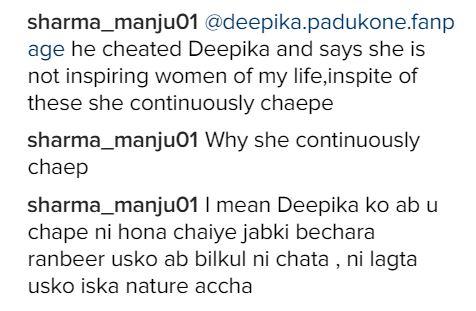