The first look poster of Ayushmann Khurrana and Bhumi Pednekar’s upcoming film, Shubh Mangal Saavdhan is out. Ayushmann shared the poster on Twitter, in which the two can be seen happy in each other’s company. While the actor looks decent in his formal avatar, Bhumi also seems simply beautiful in her green coloured-outift. Sharing the first look poster, the Vicky Donor star also announced the release date of the upcoming drama and wrote: #ShubhMangalSaavdhan – ‘stand up’ for love. Releasing 1st Sept 2017.

Shubh Mangal Saavdhan is being jointly produced by Aanand L Rai and Eros. The film is a remake of Tamil film Kalyana Samayal Sadhan, directed by RS Prasanna. Starring Prasanna and Lekha Washington, the Tamil film was about a big fat south Indian wedding with a quirky twist.

This is the second time Bhumi and Ayushmann are coming together on screen. Their first screen outing, YRF’s Dum Laga Ke Haisha went on to win National Award for the best Hindi film. 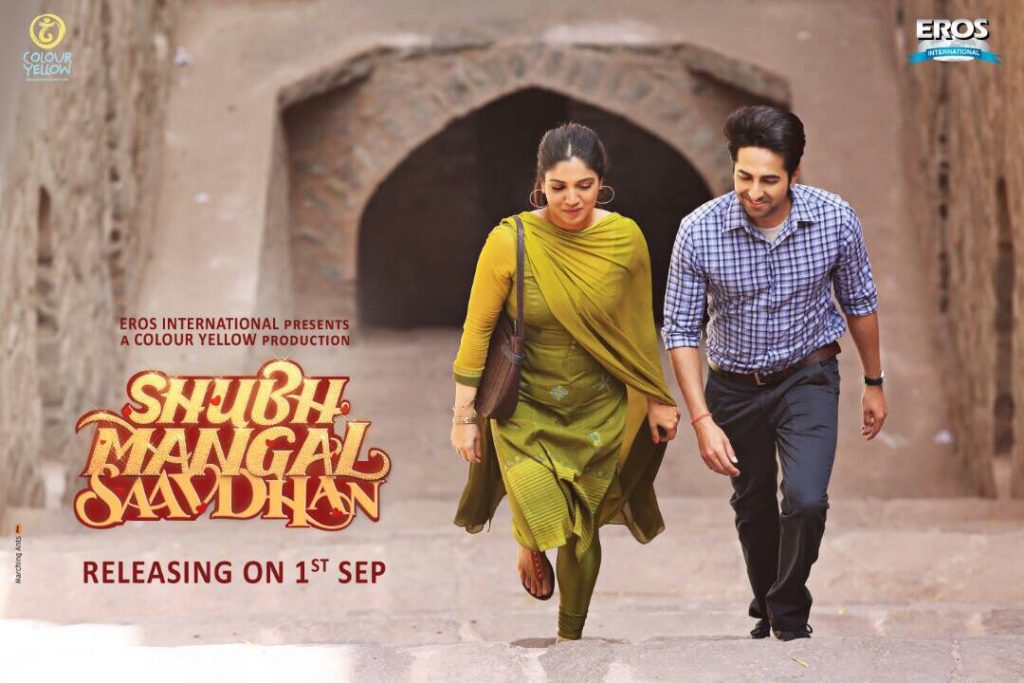 On the work front, as of now, Ayushmann is gearing up for the release of his next Meri Pyaari Bindu. It features Parineeti Chopra opposite him. This is the first time both Ayushmann and Parineeti are seen romancing each other on screen. Directed by Akshay Roy, the film has Ayushmann essaying a Bengali character (Abhimanyu Roy), while Parineeti is playing the role of an aspiring singer (Bindu). The film is slated to release on 12 May. Here are a few stills from Meri Pyaari Bindu: 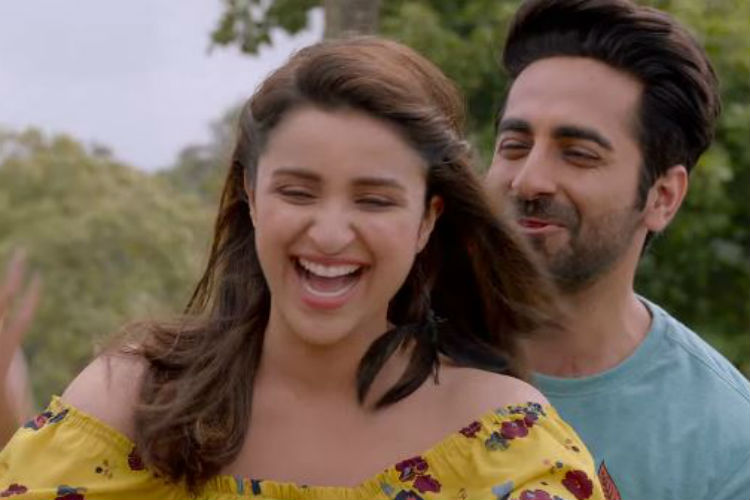 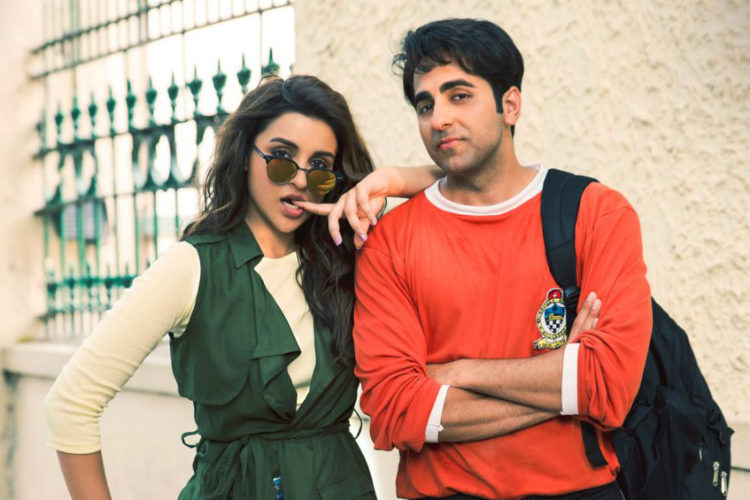 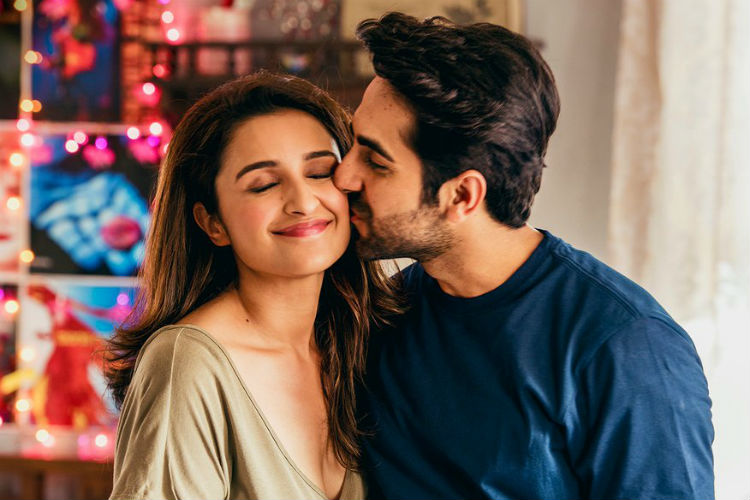