Just a day after Virat Kohli posted a cute picture of him and Anushka Sharma on the social media, some new selfies of the duo are setting the internet on fire.

Virat on Wednesday took to his social media accounts and posted a selfie with Anushka with a lovely message which said it all about their relationship status. But the cricketer later deleted the post from his Facebook account which gave way to many controversies.

People who were earlier praising Virat for posting such a meaningful message for his ladylove started criticising him and came up with different stories of what made him delete the picture.

Here’s a look at the picture that Virat shared with the caption: Everyday is valentine day if you want it to be. You make every day seems like one for me @AnushkaSharma 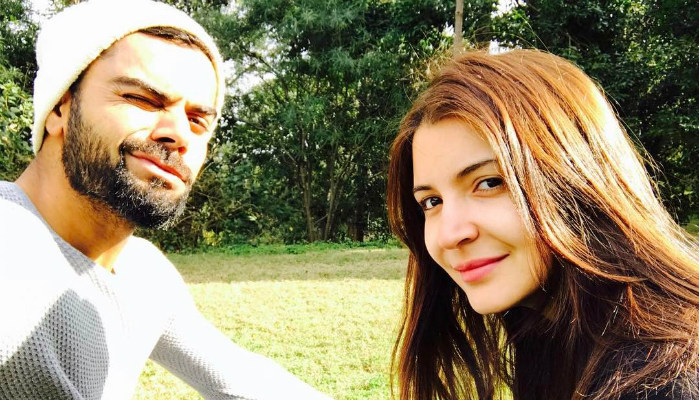 Anushka-Virat’s relationship is always under the scanner for some reason or the other. Earlier, there were rumours of their breakup, then the news of them getting engaged on New Year started doing rounds on the internet and now this controversy of Virat deleting their selfie.

A few days back, Anushka also came in defense of Virat Kohli ghost-producing her upcoming film Phillauri. The actress was clearly upset and angry with the news and wrote a lengthy note clarifying everything about the film and Virat’s involvement.

Despite all this, both of them continued to make public appearances together and have time and again proved that they are unaffected with all the gossips. Here’s a look at some of Anushka-Virat’s new pictures that their fan club has shared: