After a six-month long battle with the Censor Board, Nawazuddin Siddiqui starrer Haraamkhor is set to release on 13 January next year. The trailer of Shok Sharma-directed film was unveiled on Tuesday and it looks promising.

Set in a small town in Madhya Pradesh, the film depicts a love triangle between a tuition teacher, his female student and her classmate.

Shyam (Nawazuddin) is a teacher who is very jovial in nature. Both he and his student Kamal (Irfan Khan) fall for a girl student named Sandhya (Shweta Tripathi). As far as the trailer suggests, the trio seems to have worked very hard for the project. Irfan seems to have impressed with his performance and looks like Bollywood should gear up to witness another child prodigy.

Haraamkhor has been produced by Anurag Kashyap, Guneet Monga and Feroz Alameer. It ran into trouble with the censor board and was banned. Recently, the Film Certification Appellate Tribunal not only lifted the ban on the film but also cleared it with a U/A certificate. 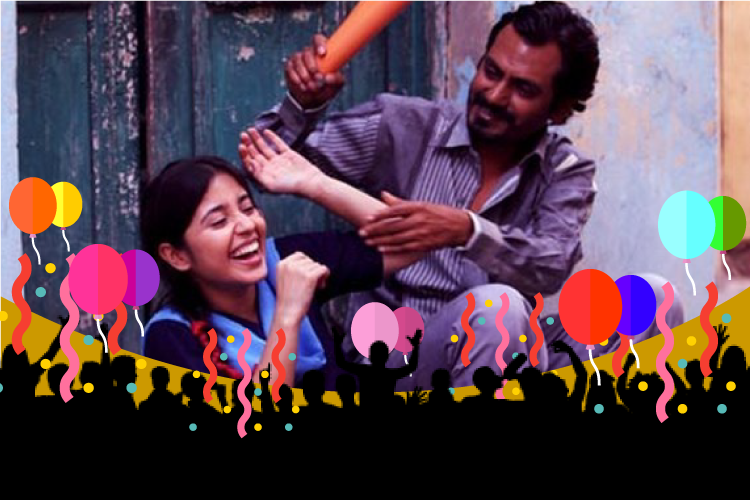 Nawazuddin Siddiqui and Shweta Tripathi in a still from Haraamkhor

If we go by the trailer, we don’t see any reason why the Censor Board created brouhaha over certifying it. Now, that the film has been cleared for an exhibition, all we can do is wait for it.

This year, Nawazuddin starred in Teen alongside Amitabh Bachchan and Vidya Balan. On the other hand, Shweta Tripathi shot to fame with her role in Neeraj Ghaywan’s Masaan which also featured Richa Chadda and Vicky Kaushal in pivotal roles.

What are your thoughts about the trailer?