For someone behind 2019’s (arguably) most sublime performance in a Hindi film, Gulshan Devaiah sounds reasonably aloof. Essaying the double role of Karate Mani/Jimmy in Vasan Bala’s Mard Ko Dard Nahi Hota, Devaiah chewed the scenery, spat it out… and then probably had a hearty laugh about it. In one of the film’s (and arguably this year’s) stand-out moments, all Devaiah has to do is sit on a park bench and bemoan the fact that he’ll have to go over the rules and regulations of the climactic fight once again, because an important character walks in late. He does this while popping peanuts.

Appearing in his first major role in Bejoy Nambiar’s Shaitan, the actor recently spoke about industry politics in a social media post, and how ‘nepotism is just the tip of the iceberg’. Devaiah’s filmography is a mixed bag, something that’s reflected in his two roles of 2019 as well. After doing the routine of a psychopath villain in Mard Ko Dard Nahi Hota, he’s going to tweak the recipe for Aditya Datt’s Commando 3. In the midst of all the patriotic punchlines in the film’s trailer, Devaiah is heard doing an exaggerated British accent, reminiscent of a campy Bond villain.

Participating in this ‘freewheeling chat’ ahead of Commando 3, Gulshan Devaiah spoke about the struggles of being true to one’s craft, and one’s career. He spoke about his favourite film of the year (which he was almost a part of), his expectations of being cast against type, and how event larger-than-life characters can be rooted in truth. Excerpts:

It seems like you’re having fun with your role in Commando 3…
There’s a certain stereotype with villains like these you know (Jihadis). Here was a guy, who was upper-class, living in London, from a very upscale part of town. He had no reason to be a Jihadi. There seemed to be an opportunity to find layers to him. I’m sure his reason were more than ‘Qoum’ and ‘Islam’. What I eventually found is Buraq Ansari is a glory-seeker, and he wants to be remembered as the modern-day equivalent of Salauddin (an Islamic general, who captured Jerusalem at some point).

To be completely honest with you – have you seen Omerta? Omar Saeed Sheikh is a direct inspiration for my character. He believed that he would teach people the ‘real way’ of Jihad. Around the time that I watched Hansal Mehta’s film, Mr Vipul Shah got in touch with me. And Omerta was still fresh in my head, so I thought it would be nice to take inspiration from Raj’s (Rajkummar Rao) performance and also add my own spin to it.

Interesting you mention Omerta, which is such an internal performance. While you have really dialed it up…
The cinematic language of the two films is completely different. This is really high-pitched, and the film’s definitely got some style. It has to work within the director’s realm. Once you’ve figured out the sensibility of the film, you can be creative within the parameters of the film.

I saw potential here to go beyond my usual voice for the character. I’ve tried to do this immigrant accent. “Let me put on my best British accent here…” But then the problem is he also speaks Urdu, so you need to temper the accent because it sounds comical when you’re doing punchlines. An inconsistent accent could take away from the seriousness of the character, and he’s a very serious man, with serious ambitions for ‘his people’, hidden behind his personal glory-seeking motivations.

I wanted to ask about the recent Facebook post – how nepotism is just the tip of the iceberg and how there are bigger problems. Can you elaborate?
Sometimes you find out that you’re not a part of a big project, because a star has vetoed it. Can I prove it? No. But I know it happens, and it happens to everyone. Most of the times, it happens to people who aren’t family-connected (read: outsiders). Anybody who is in a particular position, at some point starts to think about how to protect his/her position. And I fully understand it, that’s how the world works.

It’s your second OTT villain of the year after Jimmy (in Mard Ko Dard Nahi Hota)…
I find it really hard to classify Jimmy as the ‘villain’. Never during my discussions with Vasan (Bala) did we use the word ‘villain’ to describe Jimmy. The only thing we were clear about, was that he was the polar opposite of Mani, who is a total loser. Jimmy comes from streets, and these two characters would be very interchangeable except for circumstances. In my head, Buraq is the protagonist of Commando 3, while Karan Singh Dogra (Vidyut Jammwal’s character) is the antagonist. He is trying to stop me from my goal of going down in history as one of the bravest servants of Islam. 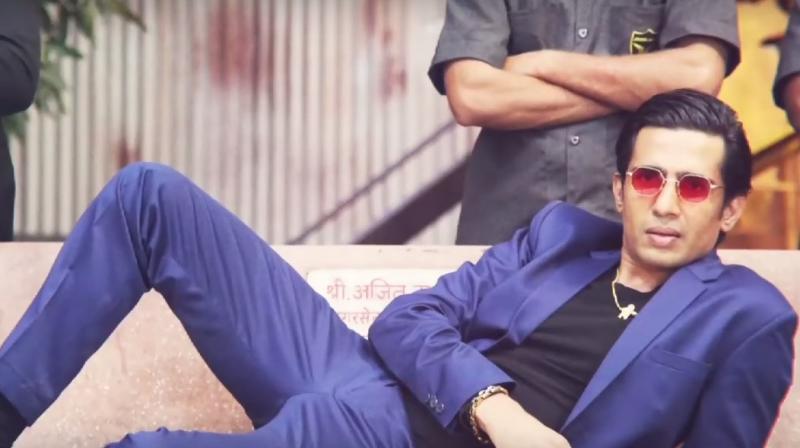 Which role do you naturally gravitate towards – the OTT villain or Karate Mani?
Karate Mani, absolutely. That was a really tough part for me, because I dug deep and found a physicality and voice for him. He has a flat voice, there’s no dum in him. And then he rediscovers the youthful vigour… that spark he once had, thanks to Surya. Jimmy is a by-product, because Mani was fully figured-out in my head. Jimmy was a release, with him I could go anywhere. I could literally stand on both my feet. And that relief probably reflected in how much I had a ball with that role. If I hadn’t figured out Mani, there probably would be no Jimmy.

You began as this brat with anger issues in Shaitan, you played an unapologetic player in Hunterrr… I think the closest you’ve come to playing a socially-adept character is probably in Death In The Gunj. Is it fair to say that you confound filmmakers?
It’s possible. I’ve only been thinking about it for a decade now (laughs). But then again, why would anyone trust me. I guess it takes time to build a reputation as a versatile actor. I don’t say this with any bitterness in my heart – but we live in a world where the attention-span is short. People tend to remember you from what they’ve seen you in last. Some think of me as a fine actor, and some don’t think of me because they haven’t seen my face in newspapers, or posters.

After Shaitan, I think I turned down about 50 similar roles of the rich brat. After Hunterrr… everything from selling condoms, to doing a series about a sex-addict, I had to turn all of it down. I was of the opinion that – yeah, I could either milk it and make a cool pile of cash, but is this the kind of legacy that I want to leave behind? If at all? Most times, they (Bollywood) want you just like how they remember seeing you. It’s okay. Now, I’m putting an end to playing villains after this (Commando 3). 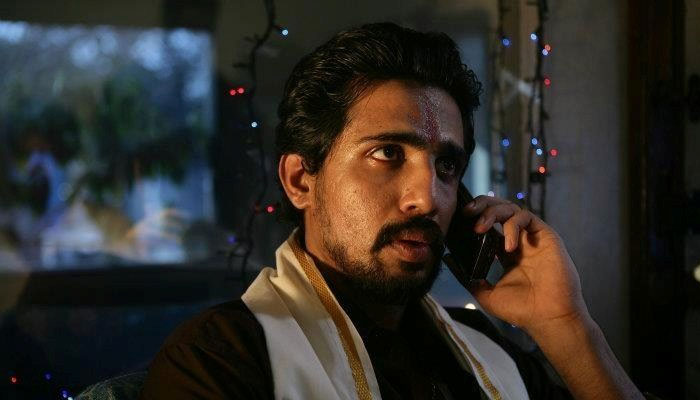 Is it easy turning down the cash?
I’ve had to say ‘no’ to a lot of cash. I don’t do commercials because I don’t enjoy doing short-formats. It’s important for me to think about my craft, and my career. I’ve recently started seeking things too, there are people who are willing to give you a shot. I’ve started thinking a lot more about my career, and doing a Commando film is what offers me the best of both worlds. When I did Hate Story – I got a lot of flak from people who like my work, but it also gave me an exposure to a section of the audience who had never seen my work.

Oh yes, you did the first (Hate Story) one, right?
Let’s just say the franchise began with me (laughs). Apparently, it’s the best film of the franchise. Funny thing about that film is that the Indian Stammering Association wrote an article about how my performance was an accurate depiction of a person who stammers. It was like winning an award, because people whose job it is to counsel those with a stammering problem, validate your work.

I’m going to be very blunt about my next question – what really happened with Cabaret?
Oh about Cabaret… I have no clue, man. It was supposed to release, and then it didn’t release. And then it went down the toilet.

What made you see potential in Cabaret? Was it different on paper, and did it turn out differently when you were on set?
I’ll be truthful here when I say that when I signed a two-picture deal with Pooja Bhatt’s Fisheye Network – I was thrilled. We were first working on a film called Love Affair, being directed by Soni Razdan. We were close to shooting it… when the film got canned. Because Rustom had announced their release date. Being based on the same source material (read: Nanavati case), however it must be said that our film was VERY different from Rustom, both highly fictitious versions of the real case. It got canned, and that was that.

Cabaret was the second film in that deal, and I had a really good time working on it. Sometimes you really don’t know how it turns out. My director Kaustav Niyogi and I got along really well. I think it was doomed from the beginning. It was scheduled for release twice in 2016, which didn’t happen. And then they managed a deal with Zee5. I had taken this two-film deal very seriously, and I figured this would be my quantum leap.

Which role in Gully Boy, just out of curiosity?
Ehh chhod na, I don’t want to give you a sensational headline here. I was being considered at a very early stage, but I was busy preparing for Mard Ko Dard Nahi Hota. And I want to state for the record that I absolutely loved watching Gully Boy. How great were all the actors from Ranveer, Siddhant, the two Vijays (Varma and Raaz).

In fact, I have this theory that Moeen (Vijay Varma) is actually Vijay Raaz’s illegitimate son in the film, just see how similar they look. I told this to Vijay (Varma), and he asked me what I was smoking! Also, I really have to mention that moment when Alia pinches her cheeks before Ranveer sneaks into her room – you can’t write these moments, this is the actor & director in complete sync, creating magic. 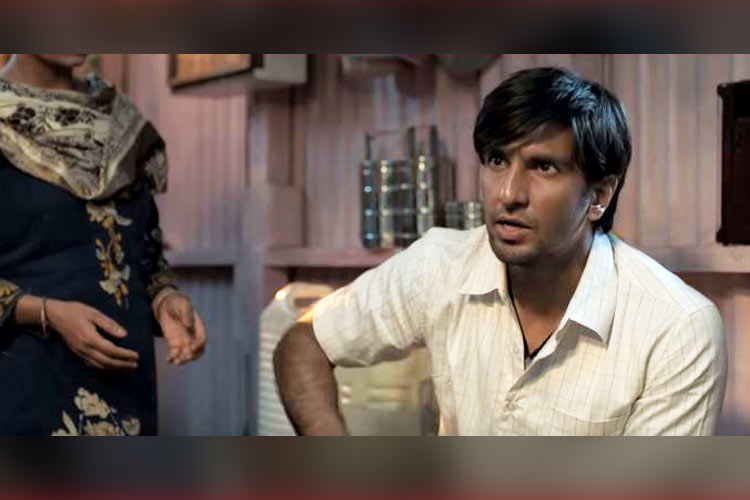 Let’s wrap this up with with one last question – what is the most frustrating thing about being forced into a mould of a ‘character actor’?
I want to borrow a line from Gully Boy, where Murad says – Koi aur bolega ki main kaun hai? I haven’t made up my mind about whether I’m a villain, side actor or a character actor, and I won’t others put that label on me too. I’ll be done when I’m done. I’m not saying this with arrogance, but I’ve been approached for a great deal of roles that I just don’t see myself doing, because it’s based on something I’ve already done.

I have to let go of many projects and good directors, because it wouldn’t work out. People can think what they want, and there are days when it bothers me – but the I’m also able to emerge from that. Plus experience + wisdom is a deadly combination, something I didn’t have in 2010 when I was starting out.

After Commando 3, the next thing on Gulshan Devaiah’s plate is Netflix horror anthology, Ghost Stories. He is starring in Dibakar Banerjee’s short, something he says is the hardest thing he’s ever done. Looking forward!