Gauahar Khan is a no-nonsense woman and doesn’t entertain any kind of filth on her social media platforms. The actress has proven that once again when she was called a Pakistani on the photo sharing blog Instagram. When one of her followers tried to slam Gauahar and use Pakistan’s defeat against India for the same. But not being the one to bow down to trolls, Gauahar gave it back to the Instagram user with her befitting reply.

It so happened that a user commented on Gauahar’s picture and wrote, ‘Afsos ki baat hai ki kal aapki team haar gayi. Koi nahi next time mauka milega’ (sic), hinting towards the Champions Trophy. To this Gauahar Khan called out the man for having a cheap mentality.

Here is the screenshot of their exchange of their comments: 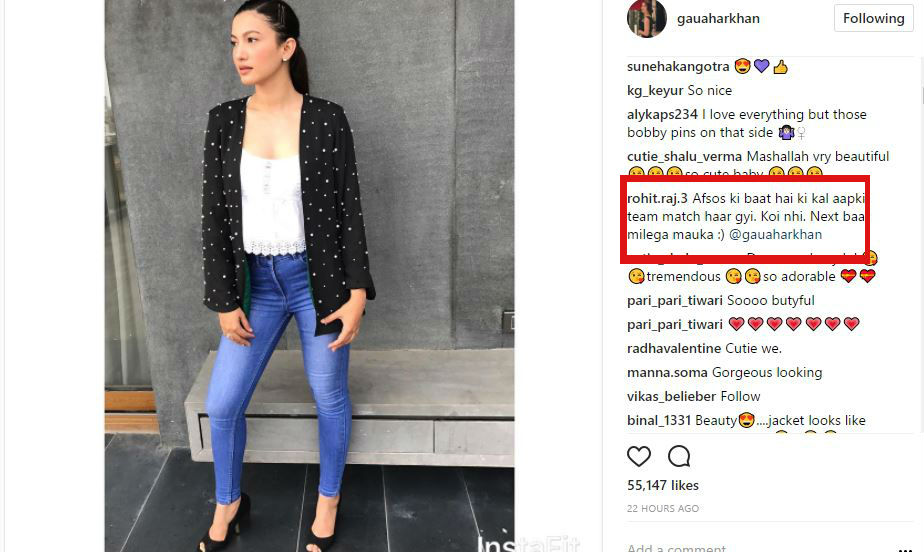 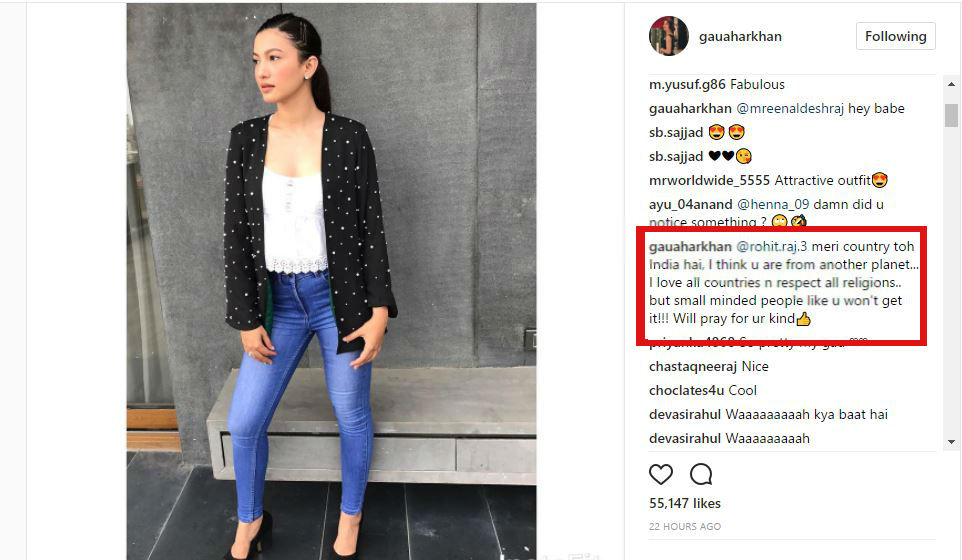 Bravo, Gauahar Khan for standing up to haters.

Since India defeated Pakistan in the highly awaited match on Sunday, many jokes about the same have been floating around in social media. The defeat of Pakistan gave social media users fodder to talk about. But trying to troll Gauahar for it, was really absurd.

Gauahar was last seen in Begum Jaan, where she played a pivotal role. The movie tanked at the Box Office but Gauahar said that Begum Jaan completed her. “I feel I am a complete actor in many ways after ‘Begum Jaan.’ Of course, every time you do something new, you grow. I can’t stop thanking Srijit sir (director Srijit Mukherji) for giving me the opportunity. I thank Vidya Balan for making my dream come true. She is and will always be my superstar,” Gauahar Khan had said once.