Demoentisation has taken a toll on the film industry and Bollywood actors/actresses. Recently, Anil Kapoor was spotted standing in a long ATM line to take out some cash from the machine.  And how do we know that? He shared a pic of the same.

Interestingly, as soon as the fans noticed the jhakaaas actor, they surrounded him to take selfies.

All of a sudden it felt like nobody cared about the ATM line and everybody rushed to meet and greet the actor. In response, the actor also humbly obliged to the requests of the fans and people and a few interacted with him as well. Narendra Modi’s demonetisation act has treated us with what can be said as a rare sight to watch celebs join lines with the commoners.  Last month, the Prime Minister took a rock solid decision of scrapping Rs 1,000 and Rs 500 currencies to the solve the black money issue. 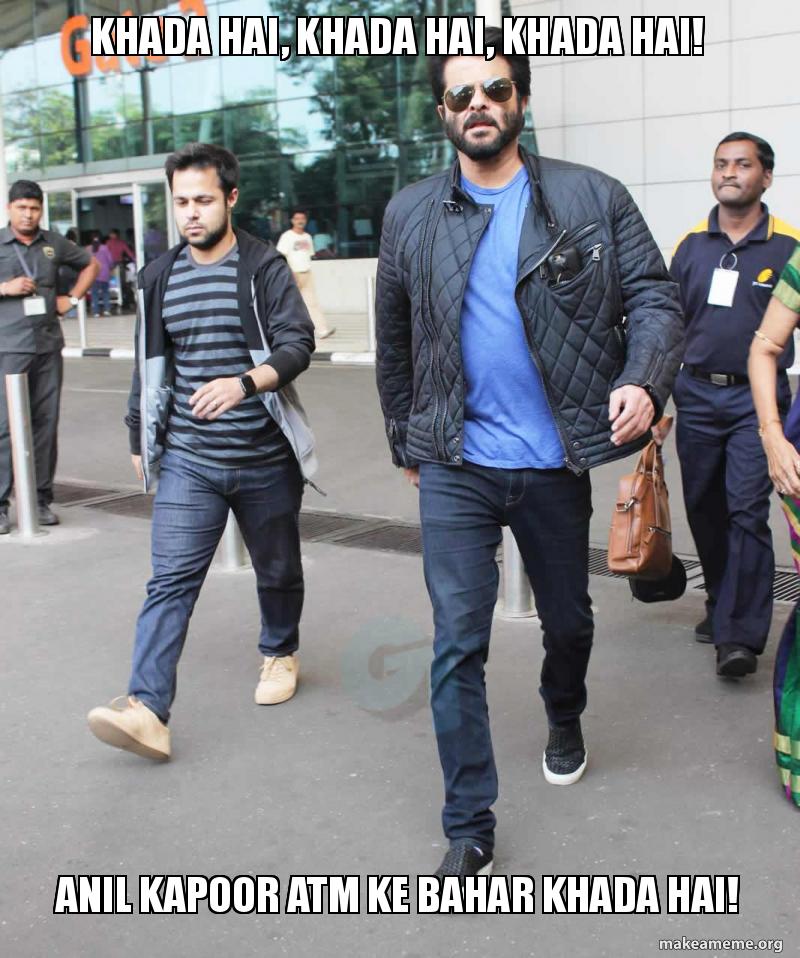 The actor soon took to his Twitter account to share the whole incident. He shared a picture of him along with his two female fans. Anil Kapoor can be seen sporting a black jacket paired with a grey t-shirt and a cap.  He wrote,”Taking selfies in an ATM line: check…Thanks to DeMonetisation, I get to meet you lovely people.”

Queuing up at an ATM with @AnilKapoor. Only in Bombay. #DeMonetisation pic.twitter.com/hpQ3qiyHxS

A few months ago, Television actor Gurmeet Choudhary was also seen standing in a long line to take out some cash from the machine. The Wajah Tum Ho actor seemed to be enjoying every bit of it.