Fans are in for a sweet surprise as the makers have released the first look poster of Fukrey 2 aka Fukrey Returns starring Richa Chadha, Pulkit Samrat, Ali Fazal and Manjot Singh in pivotal roles. Since the inception of the shoot, the sequel is touted to be the most anticipated movies of the year. The shooting of the film began last year and now that the poster is out, the audience is eagerly waiting to see the trailer of the film.

The first installment in the franchise was produced by Farhan Akhtar and Ritesh Sidhwani under Excel Entertainment. The movie became a huge hit despite not boasting of a big starcast. People loved the chemistry of four guys who lands into a big mess after planning to make money through unreliable means. The poster of

The movie had so many unforgettable characters especially of that of Bholi Punjaban. The role was played by Richa Chadha who stole the hearts of many with her female don avatar. Apart from that people loved the bromance of Pulkit Samrat and Varun Sharma. Even the songs of the film were liked by all. With Fukrey 2 round the corner, fans exprect that it is going to be one hell of a fun ride. Fukrey Returns has already piqued our interest with its creativity. It showcases a snake who is curling himself up in the form of number 8. The snake indicates the release date of the movie which is 8 December, 2017. 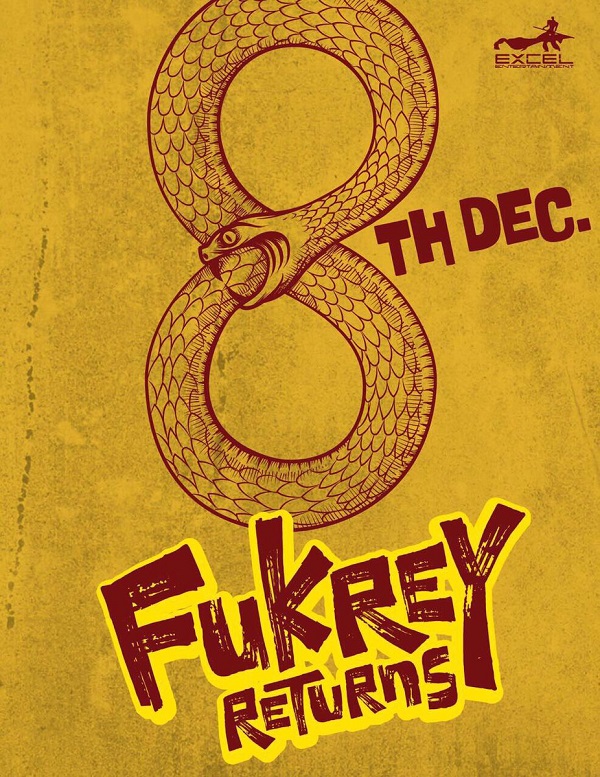 It will be enteresting to see how the storyline is going to move forward in the much awaited sequel. At one such event, Richa Chadha was asked about the Furkey 2. She stated that she loved the character and she felt blessed to play a woman that’s empowered. Fukrey Returns might also bring Priyal Anand and Vishakha Singh as the love interest of Pulkit Samrat and Ali Fazal’s character