Ram Gopal Varma’s Sarkar 3 hit the theatres, received mixed reviews and now the business is back to ask him about his tweets. RGV’s talent on Twitter is fortunately or unfortunately more visible and famous than his talent in making movies these days. He randomly picks up a known face and starts slamming the person because of his sexuality, career, race, acting prowess and what not. Tiger Shroff, Sunny Leone, Sridevi and superstar Rajinikanth are a few names who have been his targets of late.

But, recently when a leading portal asked him to give clarification on the controversial tweets he had been making about celebs, Ram Gopal Varma agreed. The filmmaker who has given hits like Rangeela, Satya, Company, and Bhoot among many others revealed what was he actually thinking while making those tweets. Here is the justification RGV gave on his every recent controversial tweet. Take a look:

Also read: Dear Mr Amitabh Bachchan, you as Subhash Nagre in Sarkar 3 are mind blowing again. Thank you for another brilliant performance 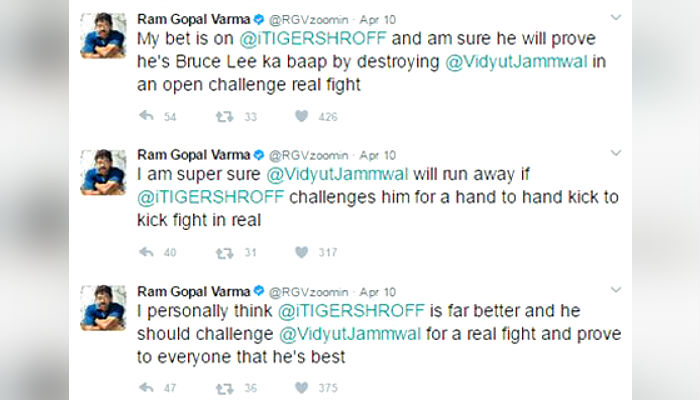 All the tweets I did on Tiger and Vidyut, that’s little personal. A lot of things happened, apologised on Twitter. And I said in many interviews that I feel terrible about it. And also, I swore on Lord Ganpati that I will never do that again. 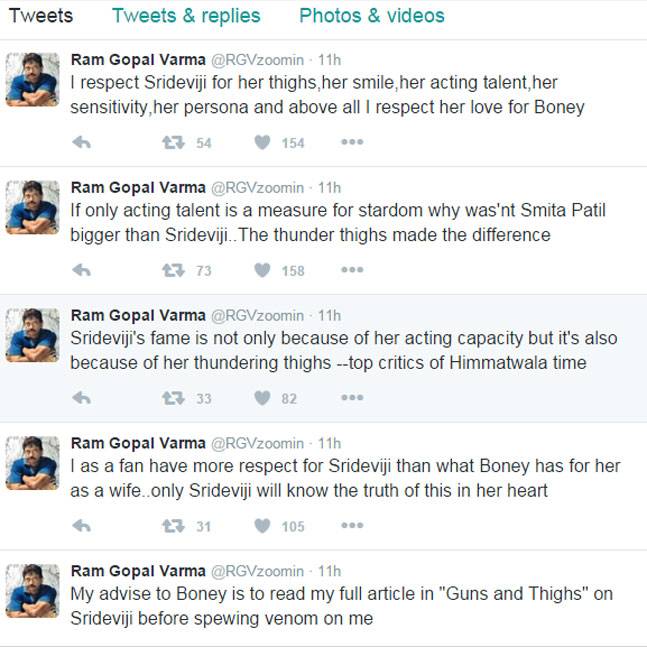 This ‘thunder thighs,’ was a title given to Sridevi ji in her Himmatwala days. It’s a media given title, not given by me. By that tweet, I actually meant that any kind of glamour symbol for someone to have a sustained stardom for such a long period of time, there has to be a sex symbol image apart from acting talent. So, I meant it as a compliment and not anyway trying to diminish her image. 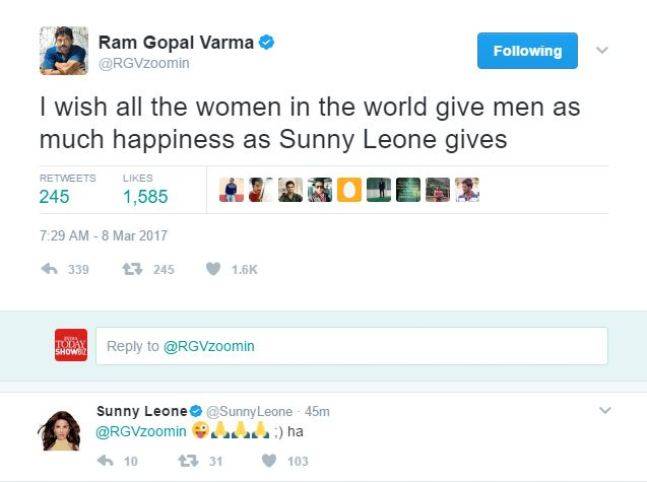 I truly believe that the whole point of why does Sunny Leone have so many followers is because men like to watch her. They feel happy, which is not the case with many women. It was not in any context to demean any particular person or a particular group. 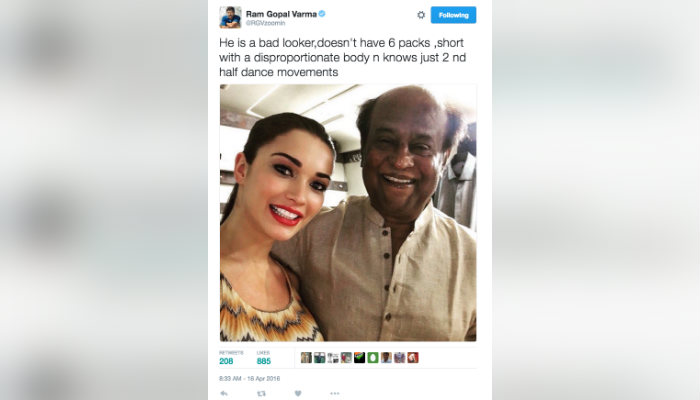 We have been always made to believe that we need a six-foot tall guy, great looking abs, chiseled body and this and that, great clothes and hairstyle and be on the cover of GQ, this is what you require to be a star. And suddenly there is Rajinikanth who’s some 65 years old, thin, no six-pack abs and he doesn’t even think to make himself look better and he is the biggest star. Obviously, God has something special for Rajini, maybe it’s his nepotism attitude, maybe he’s God’s brother.