The poster of much talked about film Beyond The Clouds was unveiled at the Berlin Film Festival. The film has been in the news because it stars Shahid Kapoor’s younger Ishaan Khattar. The poster shows a young man (we are betting it is Ishaan) standing in a swamp with his back facing the camera. The man can be seen admiring a colony of flamingos.

This film by Majid Majidi was said to star Deepika Padukone and it was reported the director was keen too. But later he decided otherwise since he wanted fresh faces for the film.

And that’s when he roped in Ishaan for the film after being impressed by his talents. A source added Ishaan fits the bill perfectly and landed the role. In the film, Ishaan is reported to play the role of someone who is connected to the ground and the city. The film will be primarily shot in Jaipur and Mumbai.

Also read: Shahid Kapoor’s brother Ishaan Khattar is finally making his debut but not in Bollywood

The first poster of the film was shared by Ishaan and his elder brother Shahid Kapoor felt proud. Taking to social media, Shahid hopes his little brother soars high. Earlier, when Ishaan was roped in for the film, Shahid had posted on social media that his younger brother is ready to fly. 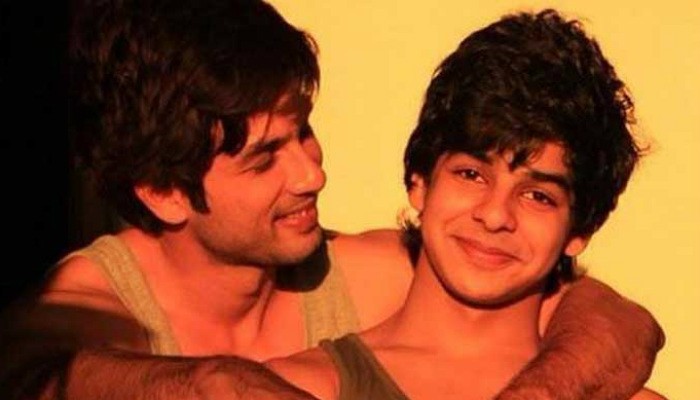 Here is what Shahid said about the poster:

Ishaan’s debut in Bollywood has kept tabloids busy for quite some time. There were many reports that Ishaan will debut with a Karan Johar produced film. It was reported that he will star in the Bollywood remake of Sairat, which will also mark the debut of Saif Ali Khan’s daughter Sara.