Veteran filmmaker Shekhar Kapur has been on a mission in the past few weeks. Putting out a tweet saying that he ‘fears intellectuals’ and how they made him feel ‘insignificant’, he likened their embrace to the bite of a snake. Since then, Kapur has gone on a tirade of sorts against the ‘intelligentsia’ accusing them of arrogance, and even going so far as to call them a product of perception, dogma and positioning. Widely regarded as one of the most talented filmmakers of the country, Shekhar Kapur has made films that celebrated pluralism and dissent. And that’s probably why  many feel that this tirade couldn’t have been more ill-timed.

Started life as refugee of Partition. Parents gave everything to make a life for kids. Was always in fear of ‘intellectuals’. They made me feel insignicant. Small. Then suddenly embraced me after my films. I still fear them. Their embrace is like a bite of snake. Still a refugee.

Lessons of life : Intelligence, intelligentsia, intellect, intellectual. Words. Lost in the quicksand of meaning. Of Dogma. Of Perception. And of Positioning.

It is important to remember that right now, 49 artists wrote to the PM about the spike in cases of mob lynchings, after which they were subjected to inane whataboutery. The very idea of dissent seems as unpalatable as beef steak for most self-appointed Nationalists.

For a man who has easily straddled mainstream and so-called art cinema, Kapur’s rant seems oddly exclusionary. Films like Masoom and Bandit Queen wouldn’t be held in such high regard, if not for the population striving towards intelligence. Where a relatively narrow-minded censor board wanted to shut down Bandit Queen for ‘realistically’ depicting the caste system and the subjugation of women in the Chambal ravines, it was the so-called ‘intellectuals’ who stood up for Kapur’s right to make his film with as little compromise as possible. 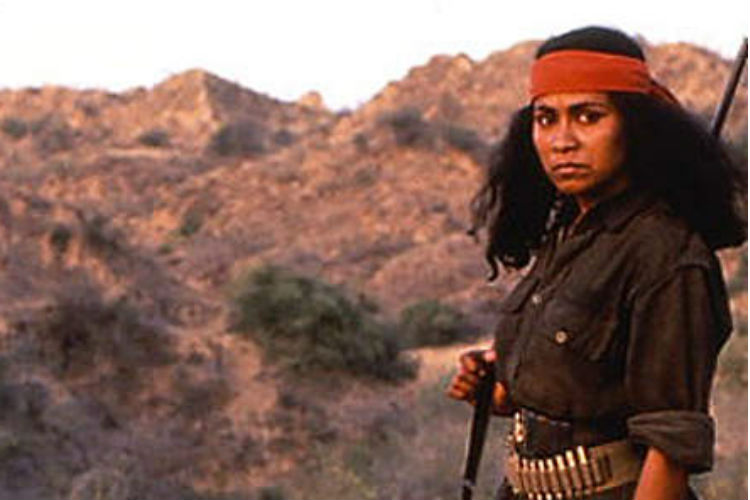 To the point, that Bandit Queen‘s censor troubles and its eventual vindication, is an important part of the Bollywood folklore from the late 90s. Arundhati Roy’s essay on the film might never forgive you for not meeting Phoolan Devi, before… during or after the film’s shooting, but that shouldn’t be a reason for you to fear ‘intellectuals’, should it?

It could also be inferred that Shekhar Kapur is arguing against the hegemonic entity that ‘intellectualism’ has become. Especially on Twitter (where Kapur has shared his thoughts). Where you’re either with the majority, or you get ostracised beyond belief. Kapur could also be inferred to be fighting for the death of individuality, where anyone who doesn’t adhere to the ‘woke’ template is immediately labelled a bigot. However even then, this tirade is a disservice to the larger fight.

It reinforces social media’s definition of any form of intellectual inquiry as ‘pseudo-intellectual’. And this farcical definition comes at a time when a sitting Member of Parliament has claimed that her cancer was ‘cured’ by drinking cow urine. At a time when an honourable judge stresses upon the necessity of upper-caste brahmins being ‘at the helm’ of matters, and a man is responsible for a raising hell on social media because he’s unhappy with the religion of his food delivery person – it’s a dangerous time for Shekhar Kapur to be taking pot-shots at intellectuals.

For an establishment that considers any demand of accountability as the ‘act of an anti-national’, Kapur might run the risk of ending up as an enabler.