The first poster of Naam Shabana, an upcoming movie starring Taapsee Pannu was unveiled a short while ago on Twitter. The film which is a spin-off of the 2015 movie Baby, has been in news since it was announced. The film that features Taapsee in the lead role will tell the  story of Shabana and how she fights all odds to save her country.

Revealing the poster of the film, Taapsee wrote on Twitter, ‘You know where she belongs, but you don’t know her journey!’

Naam Shabana also stars Manoj Bajpayee, Anupam Kher and Danny Denzongpa. It is also reported that Akshay Kumar who played the protagonist in Baby will feature in the film as an extended cameo.

The poster of the film looks intriguing. A special mention has to be given to Taapsee’s confidence in it. Quite contrary to what she played in Pink, Taapsee looks fearless in the poster. By looking at the poster, it won’t be wrong to assert that Taapsee might do a great job in playing an undercover agent. 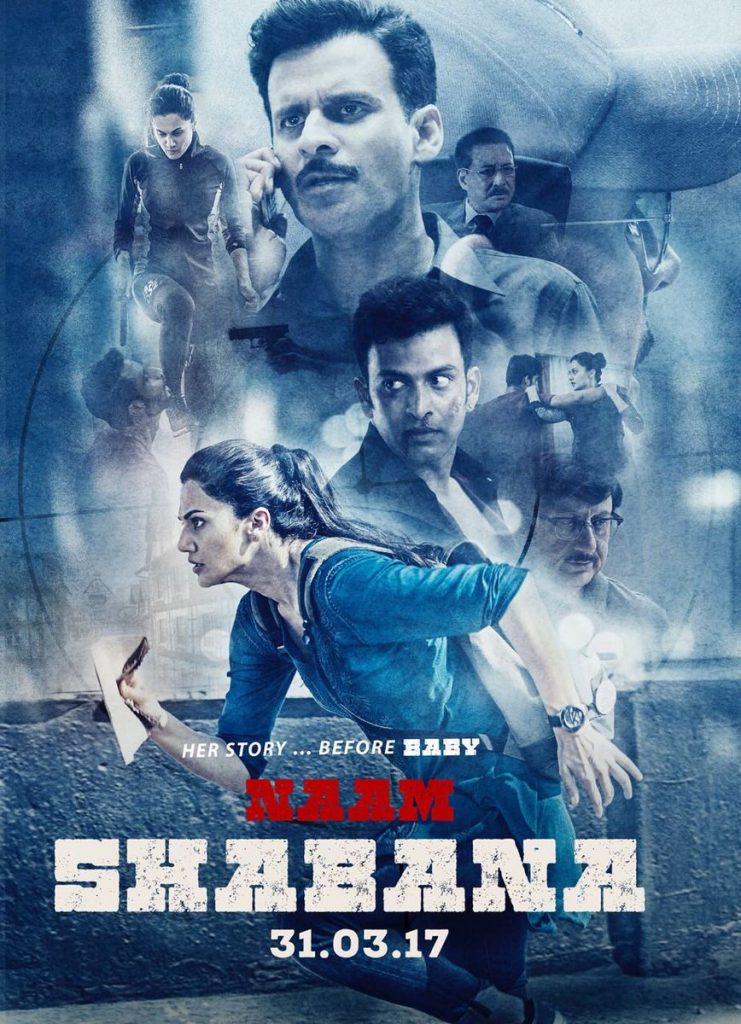 Sharing the poster on Twitter, Manoj Bajpayee wrote, ‘She is aware and alert. She is set to fight for the country.’

Also read: RunningShaadi.com trailer: Taapsee Pannu is the wedding planner for all on the run couples

The film is set to release on 31 March. The trailer will be released along with Akshay Kumar’s upcoming movie Jolly LLB 2. The producer of the film Shital Bhatia confirmed this and told a daily that: