Bollywood still has a few reasonable voices left. And in the last few months, where reputations have been burned either because of #MeToo allegations or its aftermath, Farhan Akhtar has emerged with arguably the most balanced response to the movement. Sajid Khan was called out for sexually harassing by multiple female actors and a female journalist, after which he had to step down as director of Housefull 4.

“There was a time when Farah (Khan), Sajid, Zoya (Akhtar) and I, lived together for five years. So, for all of us to find out, it was a big shock. And then do we get him to face up, to what he’s done. During such incidents, people tend to go into a state of denial. Where someone’s out to get me, or there’s some conspiracy. But when there are so many women coming out, there has to be some fire. It’s a difficult moment in his life, something he has to get through. It’s something he needs to own up to.” – Farhan Akhtar said while participating in a panel discussion with Barkha Dutt.

Stressing upon starting with an apology, Akhtar said his cousin brother should brace himself to face the music, if he had broken the law – “When three women came out on the first day, I felt the need to say that I support them. Sajid, being my brother, I need to work with him and help him get through this. He needs to apologise for making women around him feel the way he did. If he’s done these things, he’s going to have to face up to the (legal) consequences. But, I think it is important to start with an apology. To acknowledge (your bad behaviour) is a big step.” 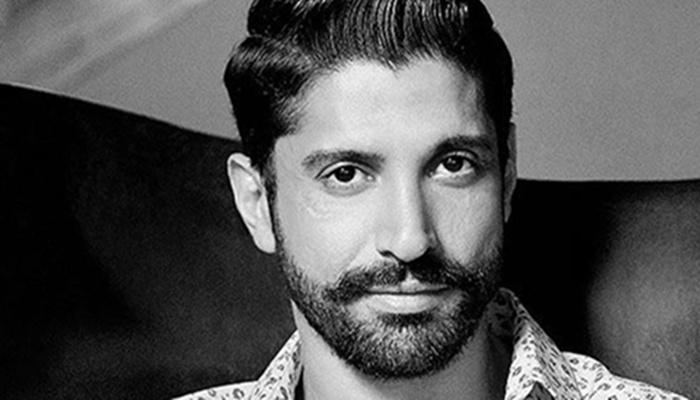 Joined by former MP, Milind Deora, and political satirist/comedian, Cyrus Broacha on the panel – Akhtar spoke at length about what #MeToo means for men. Championing an initiative called MARD (Men Against Rape & Discrimination), Akhtar has always been vocal about women’s issues. He spoke about why if he remained silent during his cousin brother’s case, it would be hypocritical – “I’ve always been vocal about these issues, in the public domain. And when it came to someone in my family, I felt silence on my part would very hypocritical.”

In a time where Bollywood has resisted the #MeToo movement, it is refreshing to see one of the industry’s biggest Director/Actor embrace the change in order. Where people like Amitabh Bachchan & Preity Zinta have responded to the allegations with their frivolous responses, it is heartening to see Akhtar be Bollywood’s voice of reason.