Those of you who despaired of ever seeing Fanney Khan see the light of day, rejoice. The Anil Kapoor, Aishwarya Rai, Rajkummar Rao and Divya Dutta-starrer seems to be *finally* ready for release, and hallelujah for that.

The first teaser of the film dropped a while ago and gives us a glimpse into the principal characters of the film, but not much else. We see Aishwarya Rai swaying a little off-key to the beat, Rajkummar Rao (who is also narrating), a chawl whose characters we’re not introduced to and of course, Anil Kapoor. The 61-year-old actor who stars in and as Fanney Khan, is seen sitting on the ledge of a terrace in a chequered lungi while playing the trumpet. And that’s pretty much it. 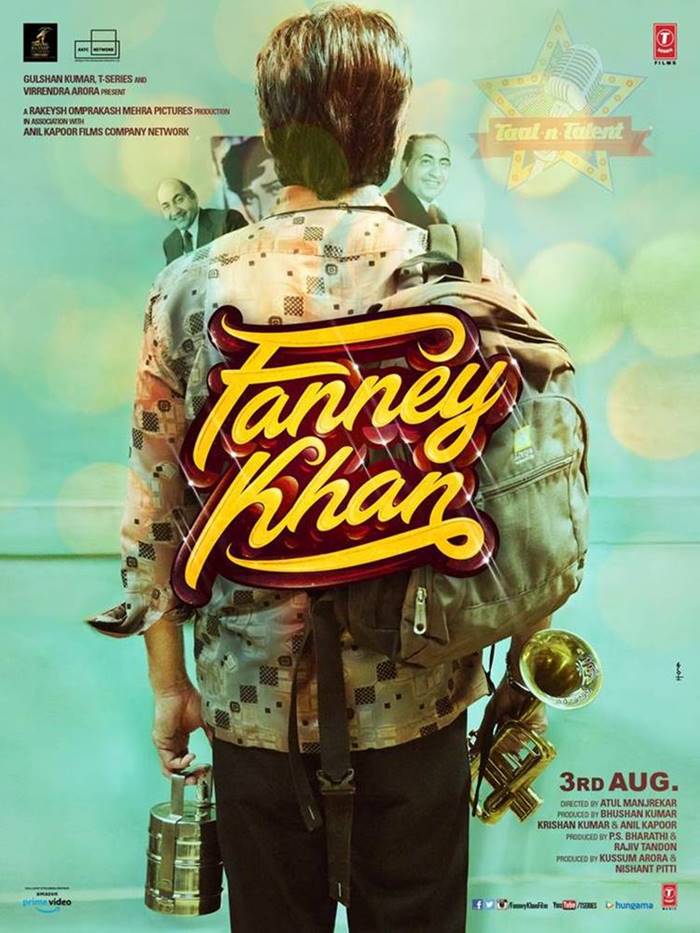 The poster, which was released earlier, reveals just a tad bit more. Anil, who’s standing with his back to audience, carries a lunch box, a backpack, his trumpet and from the logo on the side, is probably involved in some capacity in a reality show, ‘Taal n Talent’.

Raise your hands if you sent up a silent prayer in thanks after getting a sneak peek at Anil Kapoor’s character. Feels like years since we saw Anil Kapoor do anything apart from those cringe-worthy slapstick comedies he’s been favouring lately.

For those unaware, Fanney Khan is the remake of the Belgian film Everybody’s Famous! by Dominique Deruddere, which made it to the Oscars in 2001, and was nominated in the Best Foreign Language Film category. In Everybody’s Famous! we see the trails of a young girl who loves to sing and participate in reality shows but never comes back home with a trophy. After her father (a musician) kidnaps a well known popstar to help groom his daughter, it sets off a chain of events that’s beyond control of the young teenager.

Directed by Atul Manjrekar, Fanney Khan is expected to release on August 3.