Akshay Kumar-starrer Toilet: Ek Prem Katha is all set to release on August 11. The film has already created a lot buzz across the country for its unconventional subject of sanitation. The film has garnered praise from all corners, including from Prime Minister Narendra Modi as well as the Central Board of Film Certification (CBFC) chief Pahlaj Nihalani. Despite the film ticking off all the right boxes, the Censor Board still doesn’t seem to be too happy about a few dialogues. The ‘Sanskari’ Board has ordered eight verbal cuts in TEPK before giving it a ‘U/A’ certification.

According to the reports published by a leading daily, a source from CBFC said some of the suggested cuts involve Akshay making ‘crude statements’. The source said, “In one sequence, Akshay Kumar is heard telling his screen-wife, ‘Tumne mujhe teen baar jagaya hai. Main koi saand hoon kya’. In another sequence, a character says, he goes to pee with a rassi around his ears. He means the sacred janao worn by Brahmins. And we saw no reason for something with such sanctity attached to it being referred to so facetiously.”

Additionally, four expletives, including ‘haraami’, too have been ordered out. Thus, even a film with the right intent and with the theme of Swachh Bharat can’t go unscathed from under the prying eyes of the CBFC. We wonder, then, what kind of films will the ‘sanskari’ board actually approve? 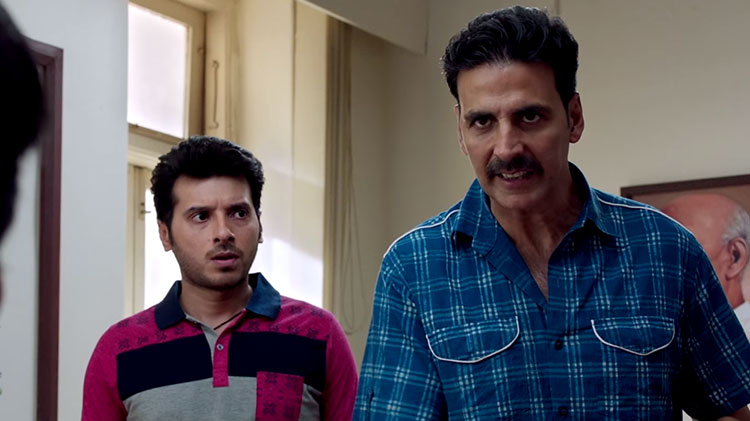 TEPK is a satirical take on the age old practice of open defecation in the country. The film features Bhumi Pednekar in the female lead.