Esha Deol and her businessman husband Bharat Takhtani are expecting their first child. The actress seems ready for her baby shower ceremony. The 35-year-old actress took to Instagram to shared the first picture of the ceremony and she looks nothing short of a dream.

The actress’ dress for the occasion is a creation of ace designer Neeta Lulla. A few days ago Esha Deol shared a picture of the preparations. Apparently, Esha and Bharat hand picked their costumes for today. But there is something else is going to make the day more special. Reportedly, Esha and Bharat will be remarrying. This time there won’t be saath pheras but only three. The first time she got married, the priest was Tamil who did not speak Hindi. “This time it’s a Sindhi priest who speaks Hindi too, so my in-laws will at least understand what is being said,” Esha revealed in an interview to a daily.

Recalling about her wedding day, 29 June, 2012, Esha said, “As a bride, I sat on my dad’s (Dharmendra) lap and after the kanyadaan, I moved to Bharat’s lap. So, the two most important men in my life were part of the ritual. It was rather emotional.” 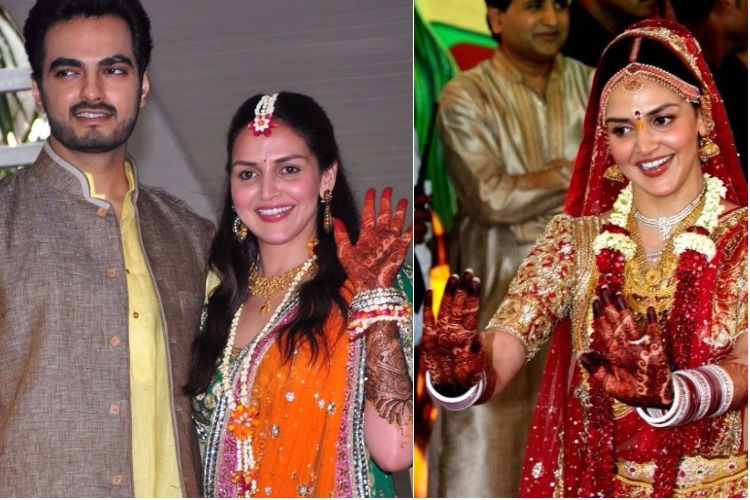 Speaking about her journey after the wedding, Esha said, “Over the last five years, Bharat and I have become as thick as thieves. Since I’m pregnant, I’m prone to mood swings now but he’s tolerated them and is extremely protective. He’s also my best critic, encouraging me in everything I do. At the risk of sounding filmi, I’ll say I wouldn’t want to change anything, life’s beautiful!”

The arrival of a baby is a new chapter in Esha and Bharat’s life and they have all our best wishes. Check out pictures here: