Shah Rukh Khan and AbRam are Bollywood’s most looked forward father-son duo. Shah Rukh can be seen with his little munchkin at events, airports and even on cricket ground. The Jab Harry Met Sejal star admitted that when he is with AbRam, he becomes a kid himself. According to the reports published by leading English daily, Shah Rukh revealed how he gifts AbRam a toy every single day because he couldn’t afford them when he was a kid.

The Baadshah Khan said, “AbRam gets a gift from me everyday. There doesn’t need to be a special day or Eid for a gift. He gets it 365 days of the year. I have a secret toy room for him where I keep hundreds of toys that I or my team buys or gets from people. He comes to me every day and I take out one new toy for him.”

He also spoke about the ‘one toy only’rule in the house. The rule is set by mommy Gauri Khan, who allows only one toy to be given to AbRam in a day. Shah Rukh said, “She has asked me not to indulge too much. So we have stuck to just one toy a day. She doesn’t want me to spoil AbRam.” 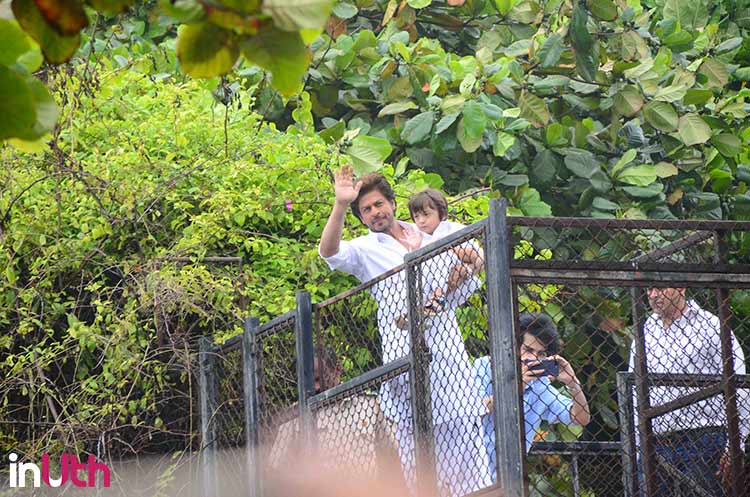 4-year-old AbRam has been Internet’s favourite star since his birth. Pictures of him go viral on social media instantly. Fans of AbRam cannot miss a chance to adore him. Whenever Shah Rukh and AbRam come together, social media rejoices and finds it difficult to not gush over their images.