A few days ago, Alia Bhatt, who is ostensibly the youngest superstar in the country at the moment, crossed 23 million followers on Instagram. To celebrate this arbitrary ‘milestone’, Bhatt decided to treat her devoted fans to a no-holds-barred ‘Ask Me Anything’ session. Unsurprisingly, her relationship with Ranbir Kapoor, its future, and their intentions were matters of great importance, and all the questions torturing her devout fans needed to be answered swiftly and efficiently.

It wasn’t long enough before an earnest, over-involved fan asked Bhatt whether she would quit acting after she got married. Personally, I’m waiting for the day Ranbir Kapoor or any other actor who may or may not get married to their girlfriend of, like, two minutes, is asked the same appalling question. 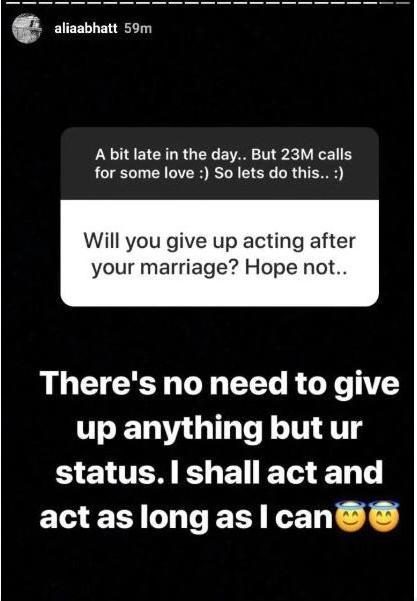 Given that we live in a time when celebrities have to deal with unprecedented scrutiny — both from the media and crazed fans with ever-ready cell phone cameras to record their every move — famous people rarely get a get-out-of-jail-free card for bad behaviour anymore. Even so, there are always some exceptions. If there is one situation, or question, that merits bad behaviour, rudeness and sarcasm, it was this one.

If Alia Bhatt had, for instance, decided to respond to that seriously gross, unimaginative, and unoriginal question with an eye-roll and gnashing of the teeth, the women of the country would have no trouble empathising and commiserating with her. It might have even made her more popular and relatable. After all, who among us hasn’t been subjected to such deeply offensive and personal questions by well-wishing elders undertaking elaborate (and unsolicited) groom hunts on our behalf? It is a testament to Bhatt’s patience and publicists that instead of hissing, she breezily responded with a charmingly inoffensive, “There’s no need to give up anything but ur status. I shall act and act as long as I can”. 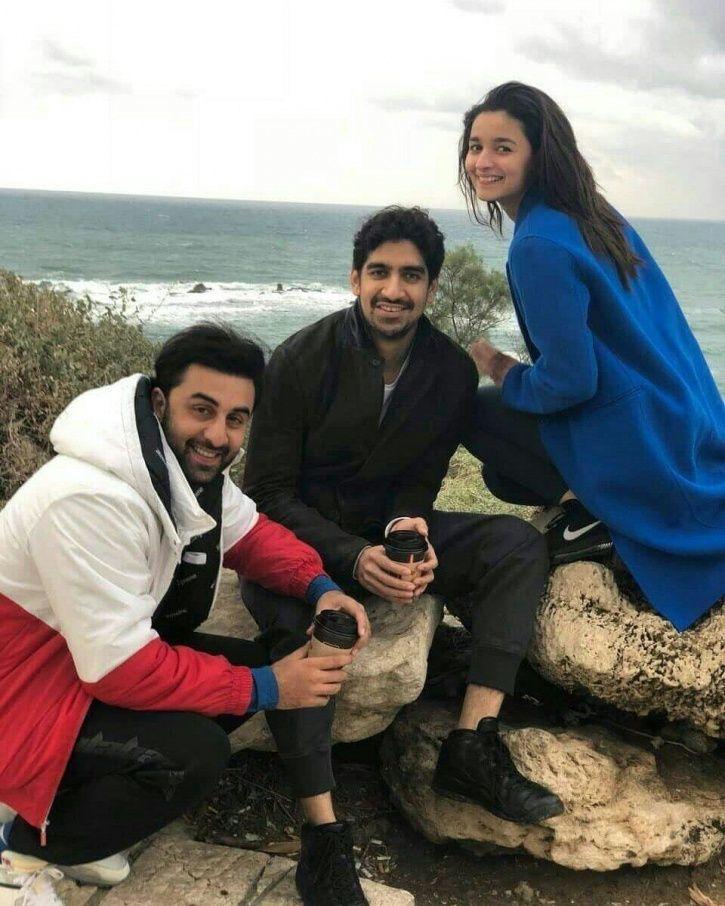 You wouldn’t be faulted, if you felt that you’d been plucked out of 2018 and forced to travel a few decades in the past. It’s tragic that even today, so many people think of women as little more than trophies that need to be branded with their husband’s family names, until such a time that they can be used as baby-making vehicles, after which they can forever be banished to the land of yummy mummies and supermom-dom.

I’ve always wondered, what do these people who ask such patently idiotic questions, really mean when they utter the words? Do they think that marriage is some kind of ultimate accomplishment, the pinnacle of a woman’s existence and having conquered this existential Everest, they must retire and spend the rest of their days in nightgowns and curlers, nursing kale smoothies, chomping on beetroot-quinoa-kombucha salads, as they wait for their pati parmeshwars to text them back with what they want to eat for dinner that night?

Or do they think that marriage (for women) is a debit card to a bottomless savings account and once they are in possession of one, there’s no need to concern themselves with single people concerns such as financial security, retirement planning, and contingency funds? Maybe they believe marriage is a havan kund in which women must hurl their dreams, desires, ambitions and talents, so they can be deemed truly deserving of the ‘Mrs’ tag. 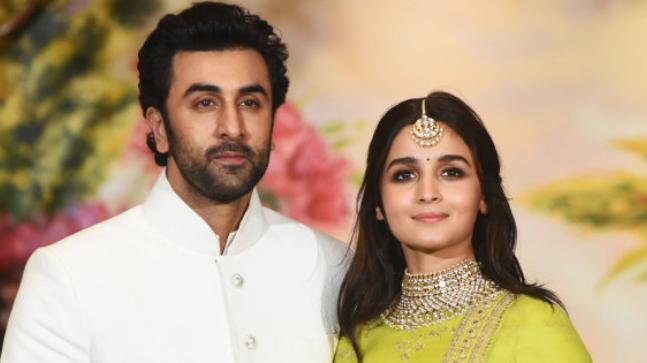 To anyone who has ever felt the need to politely or impolitely inquire about a woman’s career plans, post marriage, here’s a newsflash: It’s none of your goddamn business. And here’s another one: marriage is nothing more than a social contract that allows two adults to co-habit with relative ease, making income tax and other frustrating paperwork just a tad bit easier to deal with. Marriages don’t make a volcano of hormones erupt in women, making them want to give up their careers and individual identities, once they enter into one. It is dumb questions like these that keep reinforcing the idea that running the relationship, the household, and any future children is the primary duty of the woman, which ultimately makes women give up on dearly loved professions.

So the next time you’re tempted to ask a woman, celebrity or otherwise, about juggling wifely duties and/or motherhood with work, here’s what you should do: stuff a handkerchief in your mouth, till the feeling passes. If the feeling still persists, stick two fingers in the mouth as added precaution against pointless verbal projectile.

It might seem a bit extreme now, but some day in the not-too-distant future, when the women around you don’t give you a wide disgusted berth because of your regressive ideas, you’ll thank me for it.