Veteran actor Rishi Kapoor unveiled his autobiography Khullam Khulla: Rishi Kapoor Uncensored recently. In the book, he talked about his father, the greatest showman of Hindi film industry — Raj Kapoor. He has mentioned how he was completely star struck by his father’s stardom. In his book, the father of two has revealed that his equation with daddy Kapoor used to be more formal. Not because he has had any personal differences with him but because he feared his father. An excerpt from the book describes a hilarious incident that probably brought Rishi Kapoor close to his father:

I am not entirely sure when I stopped fearing my father. It may have happened with my own rising stardom. My father and I had a strange relationship. One day, I remember, soon after I had become a star in my own right, we inadvertently shared a bedroom. I was quite high and wanted to go to the bathroom. On my way back, in my drunken stupor, I turned right instead of left. Without realising it, I ended up sleeping next to my father. When I woke up I was in the tiger’s den. After all those years of fearing him, I ended up sharing a bed with him!

The forward of the book is being written by Ranbir Kapoor. The actor who is currently one of the rising stars in the industry has also taken a thought to talk about his equation with father Rishi Kapoor, which, rather inadvertently, is quite strange too. Ranbir has written about how he wishes he could behave ‘more friendly’ with his father. He also believes that despite all the relative differences they have, there’s no vacuum between them. The actor is also a firm believer of the fact that his relationship with his father (Rishi Kapoor) is based on how his father’s relationship was with his grandfather (Raj Kapoor). He has written:

Sometimes I wish I could just pick up the phone and ask him, ‘Dad, how are you doing?’ But we do not have that. We do not have a phone relationship. When I get married and have children, I would want to change that dynamic with them. I don’t want my relationship with my children to be as formal as the one I have with my father. I want to be friendlier, be more connected, spend more time with them than he did with me. 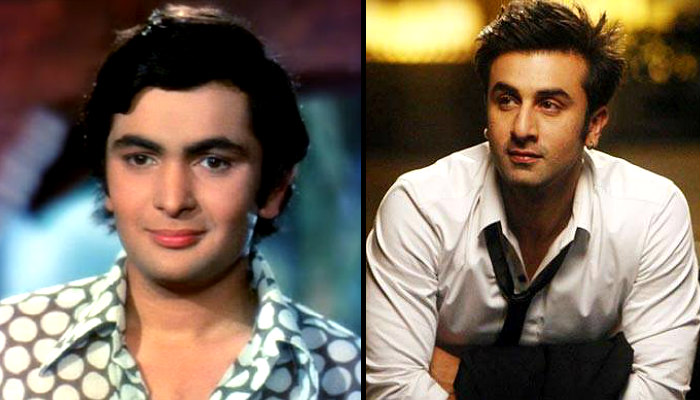 While there is a deficit that can be sensed in the relationship of this father-son duo, their craft keeps adjoining them. In the forward, Ranbir has also mentioned that he is strictly inspired by his father and what pleases him the most is to see the kind of immense confidence his father has in his work. To an extent, despite all the personal differences, the work trajectory of both Rishi Kapoor and Ranbir Kapoor have been quite the same.

The Kapoor family has been an important part of not just the on-screen history but also the revelrous background of the Hindi film industry. Generations of this family have invested themselves in the craft of filmmaking and acting. Unlike other stars of his generation, Rishi Kapoor is known as an actor whose films talked about social issues, relationships, human equations, and love. In his peak years, while his contemporaries were busy offering films with larger-than-life appeal and hardcore action, Rishi chose to stick to portray more real things on-screen. He talked of widow remarriage in Prem Rog, the class difference in Saagar, intense love in Laila Majnu and of a courtesan’s life in Tawaif. Even when he was not doing films which talked heavily of existing social evils, he was busy delivering films like Bobby, Karz, Bol Radha Bol, Deewana and Heena among others which offered what we call as quintessential Bollywood entertainment. This is quite similar to what Ranbir is doing currently.

Ranbir’s choices in films have been an easily debatable topic for long now. For most, the actor has a terrible script sense which can never lead him to the throne of a superstar. However, what the criticisers miss to observe is how Ranbir’s films discuss a new side to relationships, love, emotions in a rather true sense. Never ever have we seen him doing ‘macho’ characters, as actor Sanjay Dutt allegedly pointed out once in a party. He told Ranbir that he was a pathetic choice for his biopic since he lacks qualities of being a ‘true hero’ like him. Ranbir doesn’t do meaningless action, he doesn’t ride expensive bikes or drive swanky cars, he doesn’t suppress the hoards of goons with his single fist. Instead, he cries, he falls, he celebrates, he expresses, and shows emotions on screen. His films talk about the unsaid feelings that a human relationship is made of. His work gives peace and is inclined more towards the expression of thoughts than the imposition of the same.

Neither his father seemed trapped in presenting an artificial work of cinema, nor does he appears to be doing so. Ranbir plays jilted lover with the same grace and effortlessness the way his father played in Prem Rog. There may be a blank chapter between father Rishi Kapoor and his son Ranbir Kapoor on a personal front, but what makes them same-same is their application towards the art they both hone.