It is not hidden anymore that Tiger Shroff will play the lead role in Karan Johar’s Student Of The Year 2. The young actor has been prepping religiously for his role as well but there is no clarity about whom he will romance in the film. This movie belonging to Dharma Productions has been in news for quite some time now. Now there is a lot of conjecture about the lead actress.

Names of two actresses are doing rounds of media- Disha Patani and Sara Ali Khan. According to a report in a leading daily, Disha has been finalised. Apparently, she was recommended by her rumoured boyfriend Tiger Shroff. The makers were also said to be impressed with Disha’s performance in MS Dhoni: The Untold Story and hence were keen on bringing her board. 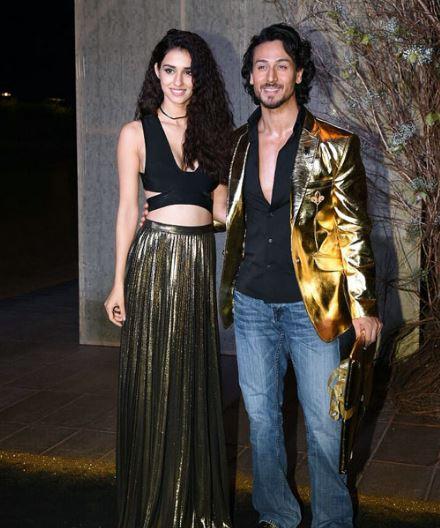 But just when one thought the leading lady has been finalised, a report in another leading daily said Sara Ali Khan has been roped in for the role. Sara joining the cast has been discussed in great detail. A source in the know told a daily, For reasons best known to the makers, Disha has made way for Sara. This is another case of an outsider losing to a star kid. KJo was always planning to launch Sara, but her name was mentioned in connection to the remake of The Fault In Our Stars with Shahid Kapoor’s brother Ishaan Khattar. But that didn’t work out. Karan is very secretive about his films and he likes to announce them himself.

Apparently, it was Sara Ali Khan’s mother Amrita Singh who wanted her daughter to debut with Karan Johar.

Till the makers announce who is the female lead, we guess these rumours won’t die anytime soon.