Shah Rukh Khan revealed the first thing wife Gari Khan was asked when daughter Suhana Khan was born. In an interview with a leading daily, SRK talked about his career and life. On being asked the one thing if he wants to list down as the best memorable moments of his life, the Raees actor said that the birth of his three children holds a special place to his heart. He said that the birth of his kids is really special and each had a different story to tell. Sharing one of his memorable moment with Gauri during the birth of his second child Suhana, he revealed that Gauri and he, both of them always wanted a girl first.

“Each one has been different, but can be counted as one — the birth of my three children. Each had a different story to it. At different stages of my life. So, those have been really special. Like before Aryan, there were some miscarriages but then when he was born, a couple of days were difficult. Suhana was a girl so that was exciting, as Gauri and I, both of us always wanted a girl first. But it happened second. Gauri was very keen that the kids look like me”.

Further talking about the first thing Guri asked to SRK after her delivery, Shah Rukh said: ” The first thing she asked me after her delivery was, ‘Does she look like you?’. And Suhana had a dimple so yeah of course, she looked like me. That was interesting. Then much later in life, we started feeling there was a space for a third child so AbRam came. They have been high points of my life for sure. 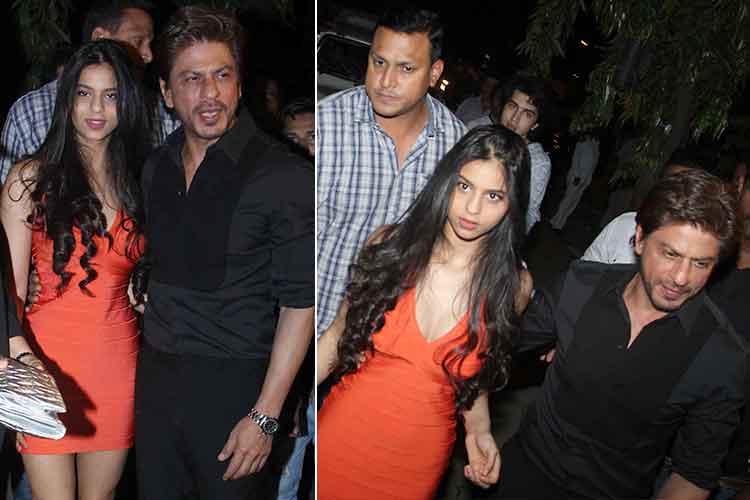 Meanwhile, Suhana has already in news for her Bollywood debut.

On the work front, Shah Rukh Khan is gearing up for the release of his next Jab Harry Met Sejal along with Anushka Sharma.