Deepika Padukone is one of the leading divas in Bollywood. From her on-screen performances to her off-screen presence at regular events, everything is bound to create news. And the latest in news is her recent photoshoot. Deepika has done a striking photoshoot for Maxim. But, seems like it hasn’t gone down well with people, including her ardent fans and followers.

The picture that has left her fans ‘shocked’ has her wearing a white crop top and a high-waisted hipster. The edition has her name in the 2017 MAXIM Hot 100 list, which also includes the likes of Emma Watson, Emma Stone, Dakota Johnson, Kendal Jenner and more. Deepika has been styled by her trusty Shaleena Nathani while her outfit has been customed designed by Swapnil Shinde. Here’s how Deepika looks like on the cover of the magazine:

Also read: Deepika Padukone flaunts her sexy legs and killer curves on the cover of this magazine — See photos 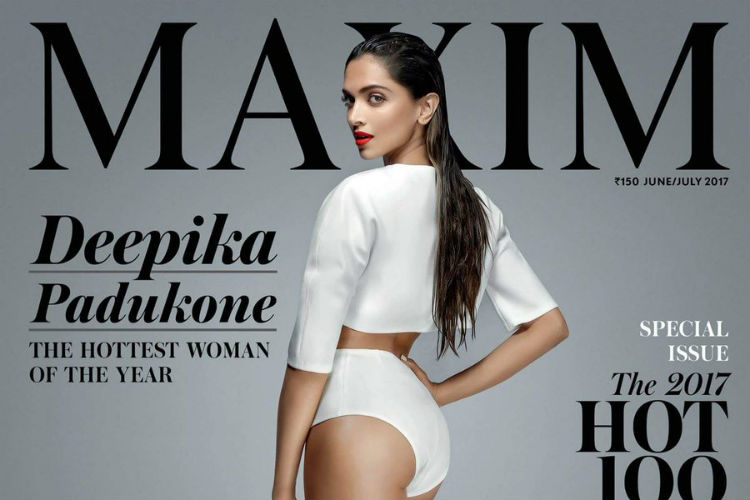 And here’s the photo for which she’s being slut shamed on social media: 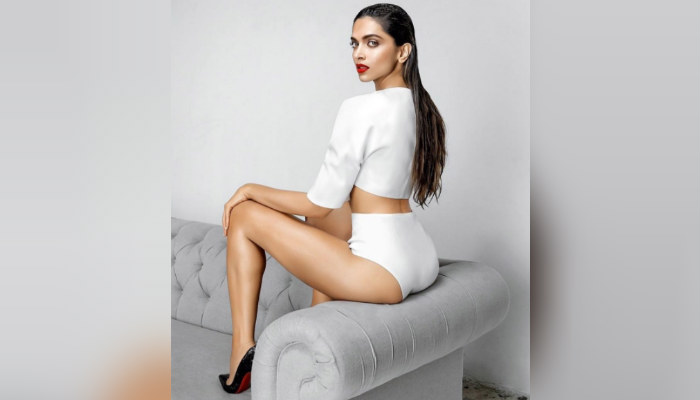 Now take a look at the comments people are making on the photo: 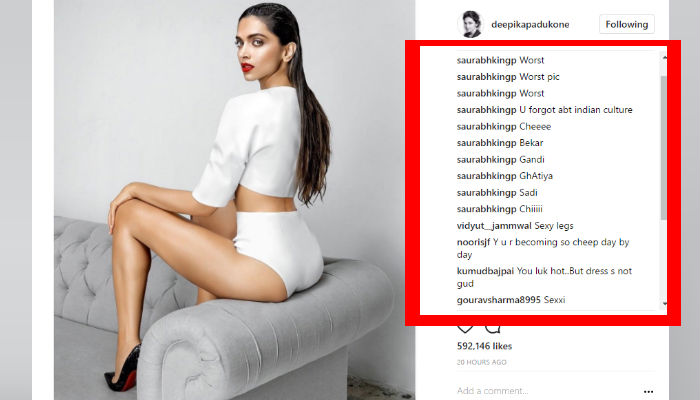 Here are some other comments:

Tryna wear something classy !!! Hope u learn something from Sonam Kapoor

This is not for the first time an actress is being slut shamed on social media for wearing something which doesn’t match the ‘morality standards’ of people. A few days back, Priyanka Chopra was also criticised wearing a white knee-length dress while visiting PM Narendra Modi. In fact, the Dangal star, Fatima Sana Shaikh, too, has been slammed for putting out a bikini-clad picture of herself on Instagram during Ramadan.