Shah Rukh Khan and Alia Bhatt starrer, Dear Zindagi, has recorded a steady growth on its day 5 as well. The Gauri Shinde film, which released last week is enjoying a good run on the Box Office. More credit to the positive word of mouth around its content, Dear Zindagi has now collected a total of Rs 40. 75 crore after doing the business of Rs 4 crore on Tuesday.

The film got 1200 screens in the country, which is comparatively less giving SRK standards of screen count in India. However, its business in 5 days doesn’t seem bad considering cinema goers are stuck amid demonetisation issues.

With its five-day collection, Dear Zindagi has now broken the life-time Box Office record of Gauri Shinde’s previous and first film — English Vinglish. The cult film, which was deemed as Sridevi’s comeback, went on to garner Rs 40 crore in its lifetime run at the Box Office. However, Dear Zindagi has good another two days to cash-in more, till Vidya Balan’s Kahaani 2 hits the screens this week. 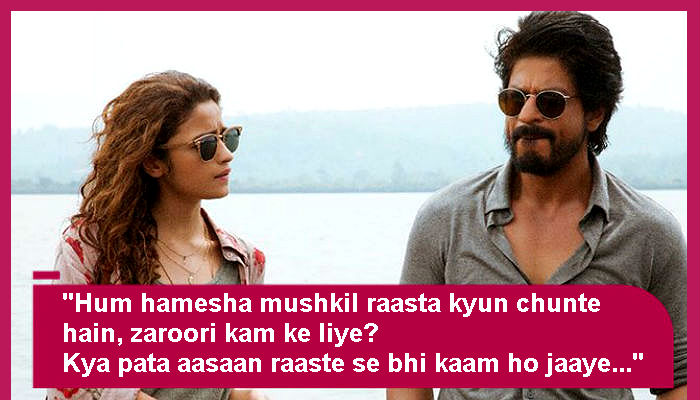 The breakup of Dear Zindagi‘s Box Office collection so far is as follows:

English Vinglish was released in 2012. The film introduced a new director to the audience and brought a niche subject into the limelight. And therefore, the collections of the film were termed as decent. In the case of Dear Zindagi, both the cast selection of the film and its positive appeal have helped the audience warm up to the content Gauri Shinde offered.

Also read: Dear Zindagi weekend Box Office: Is the SRK-Alia film a proof that good content can overpower everything including demonitisation?

It will now be interesting to see how the film rakes in more moolah as Kahaani 2 all set to take over the Box Office soon.