In a smart scene in Sujoy Ghosh’s Badla, there’s an almost a meta-joke on the film’s own umpteen contrivances.  Built around a lengthy conversation between an attorney and his prospective client, Badal Gupta (Amitabh Bachchan) cuts Naina Sethi (Taapsee Pannu) off, when she tries to skim over a crucial detail in her plea for innocence. “So according to your story, a photographer becomes an expert in online embezzlement in the course of a night, a man disappeared into thin air, and you just happened to be in the same room as a murder victim…” the lawyer asks Sethi, with a grin on his face. Badla is taut for the most part, until it chooses to be faithful to the original film’s third act. And that’s when it really comes off the rails, just like the 2016 Spanish film.

One of the most interesting tweaks in Sujoy Ghosh’s adapted screenplay, is his choice to reverse the genders of the principal characters. Given the lack of layers for female characters in Hindi films, it becomes easy to buy into Naina Sethi’s sob story. In a skewed way, we are more likely to believe the sob story of a woman than a man.  Just like Vidya Balan’s character from Kahaani, Ghosh tends to write women who weaponise their ‘femininity’. Quite similarly, it makes a lot more sense to have a mother (Amrita Singh as Rani Kaur) breathlessly searching for her missing son, than a father. Quite simply because of Hindi cinema’s Maa affliction. And though Ghosh manages to capture the righteousness of this Maa ka badla in fits and spurts, the sleek aesthetic tends to rob away the film’s visceral anger.

As Bachchan’s Badal Gupta keeps repeating to his client (and the audience), the devil lies in the details. And in his bid to smoothen the little contrivances of the original, Ghosh makes one monumental error by casting Amrita Singh. A decent actor with an effusive persona, Singh can’t resist playing the chirpy Punjabi mother like her annoying (with reason) role in 2 States. She’s never able to project the rage and desperation of a filmy Maa trying to locate her son. It doesn’t help that the clunky banter between Singh’s Rani Kaur and her husband feels synthetic and exists purely because of some lazy exposition. “I’m a better actor than my husband” – she drills into our heads by repeating at least thrice in the span of five minutes. Coupled with Singh’s flamboyant delivery, it’s the equivalent of a director grabbing you by the neck to “get the hint” about this “important” piece of information.

Taapsee Pannu and Amitabh Bachchan are relatively more restrained in their delivery. Playing off each other’s energy, Pannu’s understated, straight-from-the-gut performance compliments the occasional theatrics employed by Bachchan. She whimpers, he roars. She gets sentimental, he flashes his I-Know-What-You-Did-Last-Summer grin. There’s no doubt that both Pannu and Bachchan are capable of holding their own in a scene, which we’ve already seen in Aniruddha Roy Chowdhury’s Pink. But Pannu has matured since then, and we see that side of her in the scenes where she confidently controls the conversation. There’a a nice urgency to Clinton Cerejo’s background score that reminds the audience how the characters are running against time, and also lends itself significantly to the film’s brisk pacing. 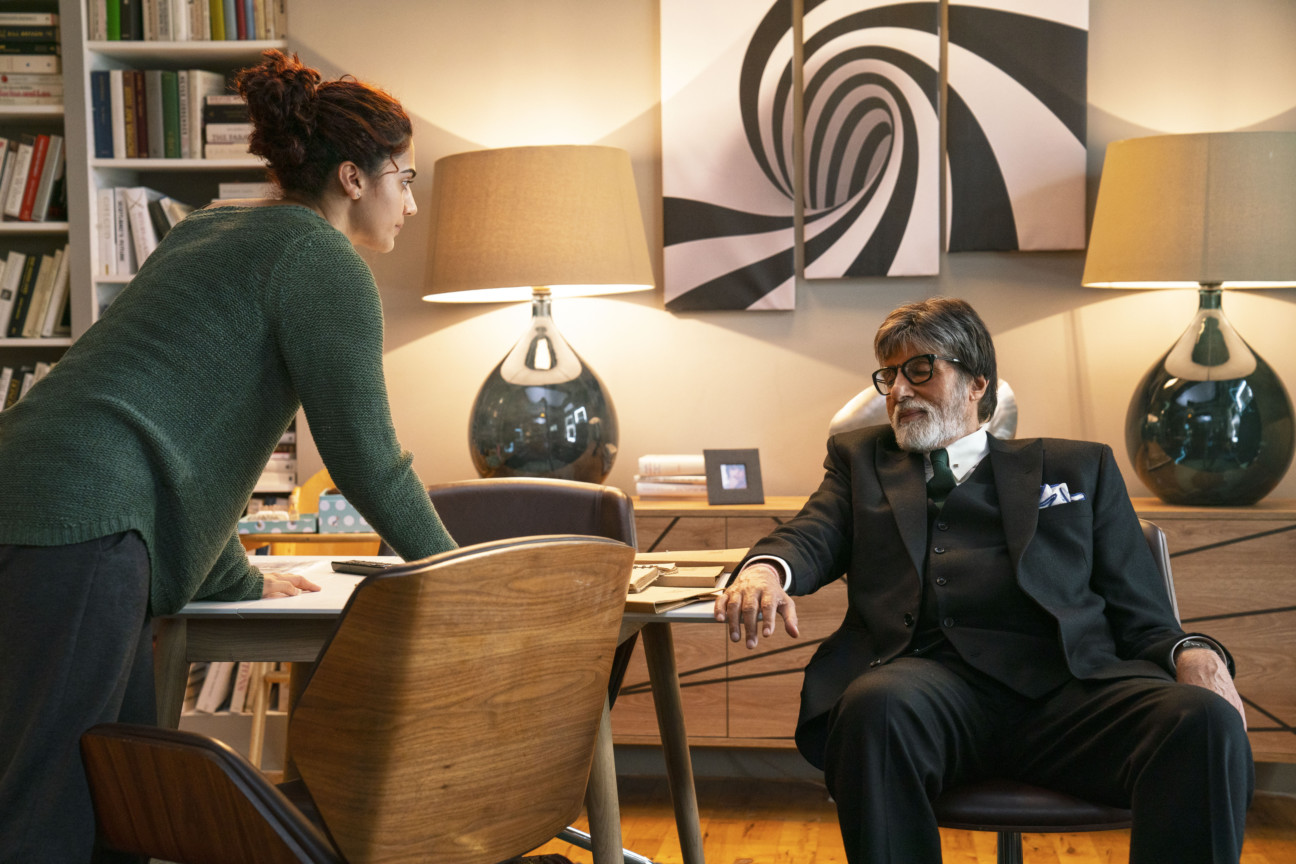 The Invisible Guest was a middling thriller with some twists, much like vintage Abbas-Mustan thrillers of the 2000s. And one of Badla‘s cardinal sins is it takes the blueprint of the original film and doesn’t try and improve upon it. Whether it is the film’s gloomy grey colour palette which borrows from Glasgow’s severe winters or the dialogue that feel less and less organic, it almost begins to sound like Ghosh is writing purely to get to the next plot-point. And because of that, Badla rarely feels like a film of its own. Definitely watchable (especially if you haven’t seen the original) Sujoy Ghosh’s film is so busy being faithful to its source material, that it doesn’t show the courage to make a dash on its own. We’re allowed to expect more from the director of Kahaani, aren’t we?