First of all, a very Happy Birthday from one of your million fans! I’ve been time and again judged and questioned whenever I’ve told somebody how much I admire you. People who knew me took me as a girl who wouldn’t care about my dress or hair, then how did a woman, who seems to have come directly out of a fairytale, impress me so much? And this is the moment when I have to sit them down and explain that though you, with the perfect dress and never a hair out of place, is every girl’s childhood dream, there’s more to you than just a princess figure!

Sonam, you are my ideal. Why? Well, because when I watched you advocating fearlessness in Neerja, I knew somewhere I was looking at the real Sonam Kapoor- the one who does not need anyone’s validation before speaking up, the one who’s honest and fearlessly opinionated! I mean, how many of stars or even people do we come across in our lives, who would speak their mind without giving a damn? Not many, no. 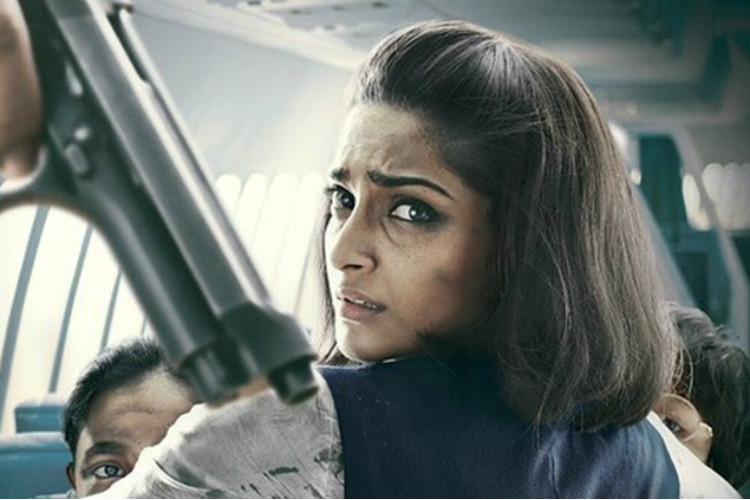 I still remember how you talked about LGBTQ rights at a global level at Cannes last year after talking about it on Koffee With Karan in its last year’s episode. “We’ve regressed instead of progressing. I think movies can influence the way people think sometimes and if we do start making love stories or we start making movies about people who are amazing human beings, people who have done something in life, people who are inspirational who aren’t necessarily only straight, I think people will start appreciating them more.” I mean, come on, how many times have you heard other celebrities talking about such important issues? 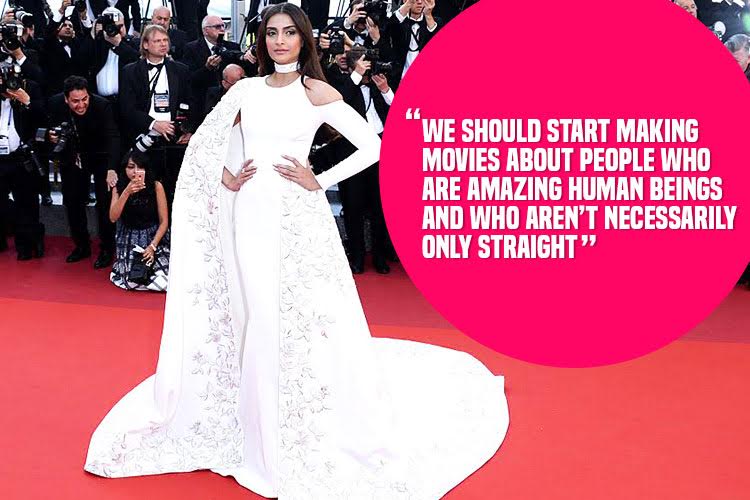 I also remember how you slammed Bhupendra Chaubey’s open letter and interview with Sunny Leone and came out in the support of Leone strongly! “I was appalled and disgusted with the interview. I couldn’t see the entire video and I respect Sunny for being kind enough to sit through it and not being rude. His open letter was worst. It was gross,” you said and stole my heart once again!

Coming back to today, while the Delhi Government is mulling to bring down the legal drinking age to 21, I recall how you stood along actor Imran Khan, who filed a PIL on the issue of legal drinking age. “It is hypocritical that we can vote, drive and get married before the age of 25, but can’t drink alcohol,” you tweeted. Makes so much sense, doesn’t it? 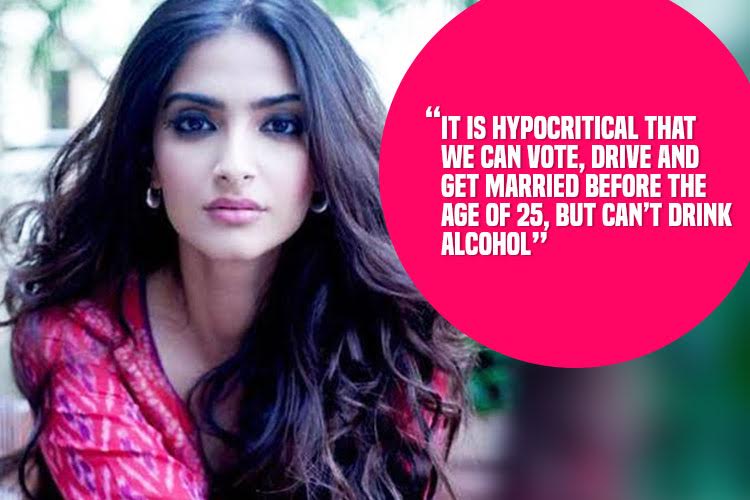 Also, the same actress who played the epitome of perfection in Aisha (yeah, the same movie where she also played the confused match-maker which was btw totes relatable!) wrote an open letter about the body image issues that all of us have dealt with at one point or the other. You revealed the stories that most of the celebrities don’t.

“Why does my belly crease? Why do my arms jiggle? Why am I not fair? Why are there dark patches under my eyes? Why am I taller than boys my age? Do stretch marks ever go away? Will this cellulite stay forever? ‘Itni lamb, itni kali,’ a relative casually let slip at a family gathering. ‘Shaadi kaun karega?’ It confirmed that my greatest insecurities were well-founded.”

Trust me Sonam, having faced this myself, I can never thank you enough for writing this. It made the princess look more human and gave me another reason to admire you!

Then came Khoobsurat and all hell broke loose! Let’s be truthful, who wouldn’t want to be in the place of the confused, kind and clumsy physiotherapist whose informal mannerism made a prince (yes, Fawad Khan, sigh!) fall in love with her. Thank you, Sonam. Thank you for Khoobsurat for it took me back to my 10-year-old self who wanted a happily ever after and couldn’t get enough of Cinderella! The movie made me realise that no matter how many heartbreaks I go through or how much I portray my tougher self, I’ll never stop believing in the fairytales and that I still hope to be that clumsy girl who ends with her prince and gets her happily ever after!

Also, for all those, who assume that you are shallow and nothing more than a properly dressed up Barbie, I’d like to tell them that the effort to dress well and look perfect somewhere reflects one’s personality and well-being. Researchers have proved that our lifestyle reflects our emotional state and I totally agree that you’re more confident when you feel good about yourself! So, these people should acknowledge the fact that you, Sonam, have redefined fashion not just for Bollywood, but for all of us! And I also remember you mentioned this in an interview that you bought your first prized possession, your Louis Vuitton bag with your own money and not your dad’s money, who himself is a well-renowned actor. Now, if this is not empowerment, then what is!

It takes a lot of courage to stay true to yourself in a world that is constantly trying to change you as per their own conditions and their own ideas or notions of right and wrong. So for all of the above reasons, I love you, Sonam and I’m proud to be your fan.

And on this note: Happy Birthday, once again!