Salman Khan can’t seem to hide his male entitlement, even if he tried. A clip of an interview is doing the rounds of social media, where the Bharat actor is seen passing more than a few unnecessary passive-aggressive comments about Priyanka Chopra. Why? Because she was supposed to play a role in Ali Abbas Zafar’s film, that was eventually played by Katrina Kaif. It’s well documented how Priyanka Chopra opted out of the film to get married to Nick Jonas, but Salman Khan doesn’t seem to have found his closure yet.

Immense respect for Katrina for trying to keep pC away this conversation!
But look at that 50+ years old Man-Child who has been stuck on the same line like a broken record nd commenting on pC’s personal life!
He shamelessly accepts that he is using pC’s name to promote his movie! pic.twitter.com/xYjgDCIXMX

He goes on to spout some senseless, patronising nonsense about how he ‘admires’ Priyanka Chopra for choosing marriage over the ‘biggest film of her career’ (read: a Salman Khan film). “Usually people leave their husbands to be in a film like this,” says Salman, after which Katrina Kaif (seated beside him) laughs uncomfortably.

Yes, of course he’s saying it in jest. Salman Khan doesn’t (at all) sound bitter about how this self-made international star could choose to get married and dump HIS film. Forget congratulating her and being happy for a colleague, Salman instead jokes about how “Priyanka Chopra chose USA over Bharat, in the Nick of time”. 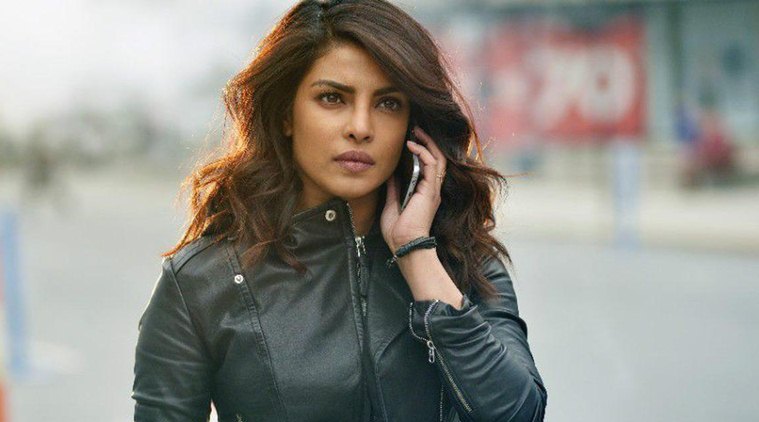 Salman, irrespective of whether you can act or not, you’ve been a working professional for more than three decades. It’s understandable that women usually never turn you down for a ‘leading lady’ part, and you’re finding it difficult to come to terms with how Priyanka Chopra could opt out of a ‘Salman Khan blockbuster’. I mean, how dare she, right?

Salman Khan’s casual misogyny has for too long been ignored and swept under the carpet. There have more than a few occasions where he’s gone around (actually) verbalising his thoughts that frequent collaborator, Katrina Kaif, should get married and have kids. Yes, it was also said in ‘jest’. Also, who can forget the instance where Salman Khan joked about rape while describing his heavy-duty wrestling routine before Sultan.

Fans might not find this irksome enough about a superstar who has been accused of significantly more grave issues. But it’s worth pointing out as grossly inappropriate.