First of all, a very Happy Birthday to you. And secondly, this letter is not just about praising your work but a fan’s way of thanking you for giving us the magical stories, the cinematic brilliance and everything else that your movie consists of. 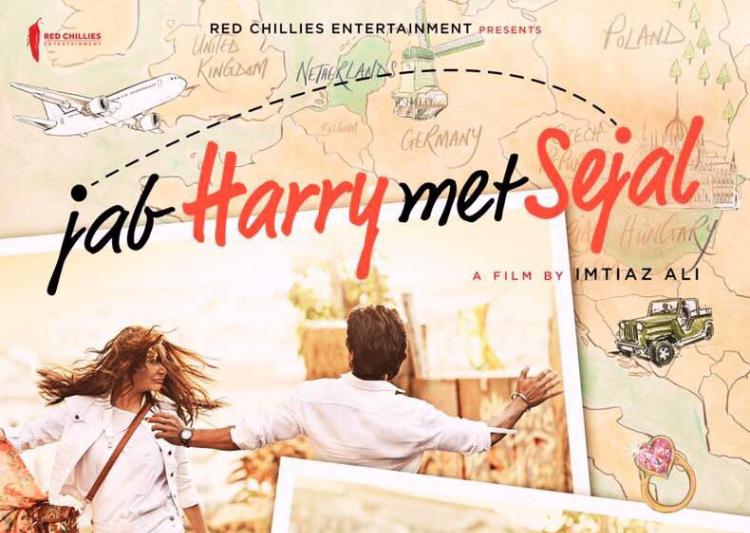 “Psycho film hai yaar.” This is what exactly somebody sitting behind me in the theatre said after watching Tamasha and I had half an hour long discussion with them convincing how Tamasha was all about rediscovering yourself without going on a world trip. The character which the movie’s protagonist Ved displayed was not an easy one. It’s never easy to express on-screen that it’s all going on in our head- the turmoil, the confusion, the battle within. But you sir, along with Ranbir managed to do the impossible. The moment Ved stood in front of the mirror and started talking to himself or when he acted like a complete lunatic in front of his boss (something that you made him do in Rockstar as well in the Swaha scene!) completely took me off my chair. It made me realise that what a lot of people who have killed their passion and dream to live a “normal” life must be going through. It also made me wonder if it’s really easy to wear the mask that society wants us to and let go of our dreams?

“Tu koi aur hai.” The moment Deepika said this right before the introductory song Chali Kahani, I could feel a drop of tear falling down my cheeks. Why? Because I could totally relate to it. I have been in the position where I’ve done something that I never wanted to do and now that I’m living my passion, I know how it feels to stand against the world to protect our dreams. Ved, Jab We Met’s Aditya Kashyap, and Highway’s Veera made me understand that no matter how much luxury we have or how many journeys we take, we’ll always find our best version in within us only.

And no, I couldn’t just relate to Ved from Tamasha. Having faced child abuse myself, I could also relate to Veera. I could relate to her pain, the agony of being silent about the abuse and facing the culprit every day with a forced smile. I knew how she felt when she finally breathed in freedom and I could really understand how an individual can feel trapped inside the four walls of their own home- a place where we are considered most safe. And I can say that only your movies have the ability to connect with people on a personal level which mostly revolves around self-realistaion!

And what can I say about the love stories you portray. They are perfect. The way you dealt with Jordan’s denial of being in love with Heer and his heartbreak (the same heartbreak that not only allowed him to reach his goals but also self-destruction), Meera’s confusion in Love Aaj Kal and Tara’s disappointment in Tamasha clearly showed love in today’s time. Your realistic depiction of today’s relationship is just as abrupt and cruel as ours. But I have an issue with your love stories: why are the heartbreaks in your movies so glorified? Why couldn’t Geet come back to her family rather than staying in a women’s hostel in Shimla and punishing herself or why couldn’t Heer just get away from the marriage if she wasn’t happy with it or why couldn’t Meera call Jai and tell him that she has got a divorce because she finally realised that she loves Jai and not her one-day-old husband or why did Tara wait till eternity throughout the movie for Ved to come and rescue her from her sadness. I mean, people do move on in real life, isn’t it? Then why couldn’t your characters? Why, Imtiaz, just why?

Though I expect that one fine day this issue will be resolved, I forgive you because when most of the film-makers are obsessed with their 100-crore club, you have never taken your audience for granted. And also, because your movies aren’t just two-and-a-half hour of entertainment but are made with sheer honesty and an apt dosage of emotions and passion.

Thank you, Imtiaz for giving us these brilliant movies and wish you all the luck for your upcoming flick. And on this note: Happy Birthday once again!