In an interview with Mumbai Mirror, Rajkummar Rao has confirmed starring in the remake of Chupke Chupke. He will be reprising Dharmendra’s role as Dr Parimal Tripathi/Pyaare Mohan.

Hrishikesh Mukherjee’s 1975 classic Chupke Chupke, is considered to be the last word when it comes to ensemble comedies in Bollywood. Released in the same year as the blockbuster Sholay (with the same two male leads, Amitabh Bachchan and Dharmendra), Chupke Chupke was not the monster hit that Sholay was, but it acquired its own cult following in the following years. So popular was the film that when a total solar eclipse occurred in India on February 16, 1980, the government of India decided to telecast the film on Doordarshan to stop people from looking at the eclipsed sun without protection.

The remake of the Hrishikesh Mukherjee’s classic 1975 film is only the latest in Bollywood’s long list of remakes over the next year. At a time, when most of the film’s soundtracks feature more than one ‘remix’, one won’t be overstating it by saying that ‘originality’ is being phased out of Hindi films, and probably even being looked down upon.

Next month, Kumar Mangat’s Ujda Chaman will release, which is a remake of Kannada film – Ondu Motteya Kathe (English title – Egghead). The original film written, directed and starring – Raj B Shetty, was hailed as the Kannada film of 2017, even winning the Filmfare award for the Best Film. The Hindi version stars Sunny Singh, best known for his role in Sonu Ke Titu Ki Sweety alongside Kartik Aaryan. While the original film seemed authentic in its pursuit of how to tackle premature balding and the funny circumstances spun because of it, Ujda Chaman has a difficult task of matching up to the original film’s brilliance.

December will witness the release of Mudassar Aziz’s Pati, Patni Aur Woh. The film starring Kartik Aaryan, Bhumi Pednekar and Ananya Panday, is a remake of the 1978 film of the same name. Also, this isn’t the first time that Sanjeev Kumar-starrer is being remade. There was 2005’s Main, Meri Patni Aur Woh – starring Rajpal Yadav and Rituparna Sengupta, that flipped the genders of the original film, and followed the story of an insecure man suspecting his wife of having an affair.

Next year, Raghava Lawrence will be at the helm of Laxmmi Bomb starring Akshay Kumar. The film is a remake of his own Tamil film Muni 2: Kanchana, a horror-comedy that sees a straight man being possessed by a transwoman’s spirit. 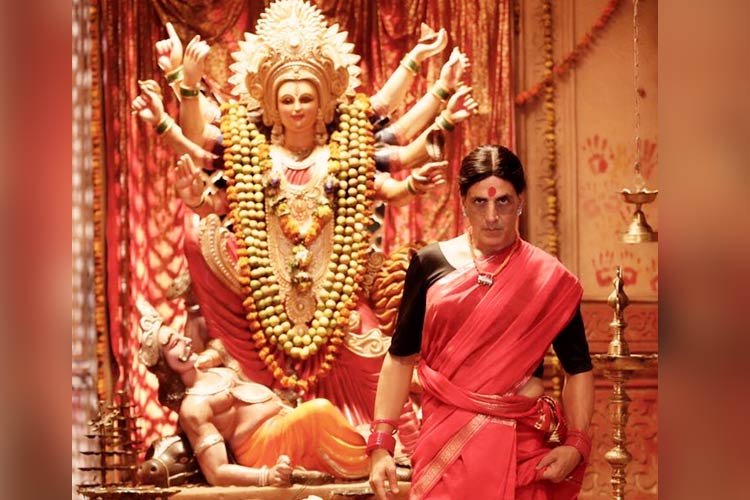 After Kabir Singh‘s blockbuster success (a film that was a remake of Telugu film, Arjun Reddy), Shahid Kapoor is reported to star in the remake of yet another Telugu film, Jersey. The original film starring Nani, charts the journey of a man who comes back to professional cricket at the age of 36.

Even Bollywood’s “Mr Perfectionist” is going down the time-tested route of a remake. Directed by Advait Chandan (of Secret Superstar fame), Aamir Khan will be starring in a Forrest Gump remake called Laal Singh Chadha. Curiously, the film will see anKhan explore the length and breadth of India much like the ‘unconventional’ character from one of Khan’s biggest hits – PK.

Well, there really isn’t any point to expect a half-decent ‘original’ film from Bollywood, is there?