Akshay Kumar wrapped up shooting for Padman in May this year however the producers are yet to announce a release date for the film. In an interview with us, when asked about the release date of the much anticipated film, the superstar said that no good date is yet available for release of the film.

“We don’t have a release date in place for Padman because no one has left a date for us. Everyone has blocked dates for release of their films,” said Akshay explaining reason for the delay. While the actor is true in saying that most of the good release slots have been blocked by several producers, we do have many release dates which Akshay Kumar can grab for the release of the much anticipated film.

Here are a few prospective release dates for Padman:

Akshay Kumar is known for having 3 releases in a year at a gap of 3 to 4 months. With Toilet: Ek Prem Katha releasing on August 11, we reckon that the makers announce November 3 as the release date of Padman. November 3 falls right in between the release dates of Toilet: Ek Prem Katha and 2.0 which would ensure adequate gap between the release of the films. Being a post Diwali release, this R Balki venture would most likely get a two week run at the Box Office as Sanjay Leela Bhansali’s Padmavati is slated for a November 17 release. The film would however face small competition from Ittefaq starring Sidharth Malhotra and Sonakshi Sinha in lead.

If Padmavati somehow fails to meet the deadline, November 17 would be the second best option for the makers to release the film. 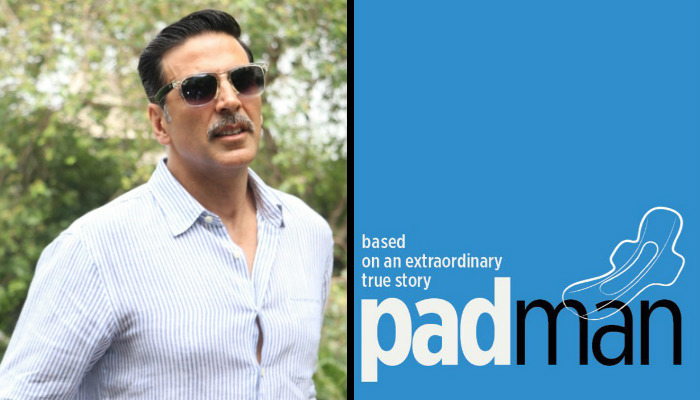 A two month gap between releases is essential for the stars and since Akshay has a release in the form of 2.0 during the Republic Day weekend, the next best date for Padman could be 29 March, 2018. By blocking this date, Akshay Kumar will get the added benefit of an extended weekend as Mahavir Jayanti will fall on Thursday (March 29) followed by Good Friday (March 30). Padman can hop on the chance of benefitting from a four day weekend and that are bound to result in good collections.

PS: This would result in a clash with Dutt Biopic.

13 April, 2018 is another release date which the makers of Padman can lookout for. By having a mid-April release, the film will not only get the benefit of partial holidays in the form of Bengali New Year (April 14) and Dr Ambedkar Jayanti (April 14), but can also avail the chance to release amidst summer vacations for the school and college children in Maharashtra. With an aim to educate the audience about the importance of sanitary pads, the makers would target the young and what no other season of the year is better than summer in order to achieve that feat.

Also Read: Padman: A peek at the roles Amitabh Bachchan and Sonam Kapoor will be playing in Akshay Kumar’s film

Directed by R Balki, Padman also stars Radhika Apte and Sonam Kapoor in lead. The film is based on the real life story of Arunachalam Muruganantham ,the man who begun producing cost effective sanitary napkins and was helpful in generating awareness in rural areas.