Dangal is burning its way through the box office. The Aamir Khan starrer seems to have performed well on the first day of its release. The film has been widely lauded by audiences, who turned up in hordes to watch the film. In the morning shows, the film witnessed around a 75% occupancy which is a tremendous feat. 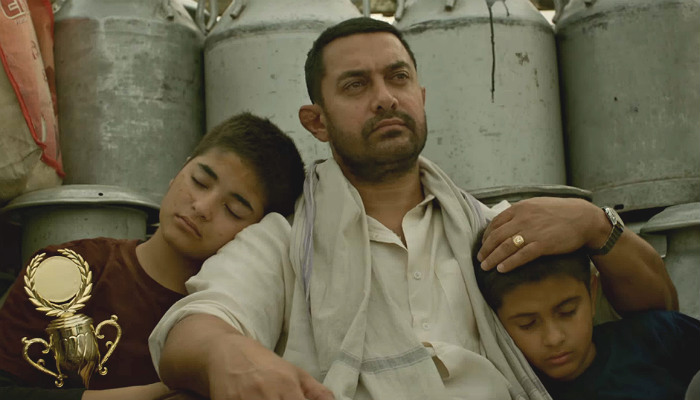 It is important to note that except for Dhoom 3, which boasted an ensemble cast, Aamir’s films never seem to cross the 30 crore mark on their first day.

Based on the true tale of wrestler Mahavir Singh Phogat, Dangal clicked well with audiences in East Punjab and Delhi-NCR regions which seems more to do with the Haryana crowd. However, the film has underperformed in other eastern regions like West Bengal and Bihar.

#Dangal advance booking is TERRIFIC… Armed with TREMENDOUS critical acclaim + AWESOME word of mouth, this movie will be a game changer!

Dangal witnessed a wide release, hitting across 4300 screens in India and close to 1000 screens overseas. The film also performed well internationally on its opening day. It has already clocked revenues over Rs 7.81 crores from US, UK, and the Middle East, gathering Rs 4.62 crore from the Middle East alone.

However, comparing it to Salman Khan’s Sultan, which clocked Rs 36.54 crore on its first day, Dangal is still lagging. In its first weekend, Sultan had collected Rs 180.3 crores. Hopefully, Dangal keeps up the pace and performs better this coming Christmas weekend but, it doesn’t seem very likely.