A woman should not be just known on the basis of the relationships she shares with the people in her life. Amruta Fadnavis, the wife of CM Devendra Fadnavis, is all set to make her on-screen debut with a music video. The lady has already given vocals for Kunal Kohli’s upcoming film — Phir Se, and Prakash Jha’s Jai Gangaajal. And this time, Mrs Fadnavis will be seen featuring in a video with megastar Amitabh Bachchan. She has also given playback for the song which has been choreographed by Ahmed Khan.

Earlier, sharing glimpses from the shoot of the video, senior Bachchan had shared a few on-the-sets photos on Twitter. While he did not reveal the name of the woman featuring with her in the song, he mentioned that there’s a VIP name associated with it. He tweeted:

While talking about the video, Ahmed Khan revealed that it has been titled as Phir Se, and will see Amruta seeking admission in  a performing arts institute headed by the character that Mr Bachchan plays.

Why should we feel glad about this music video?

This music video might or might not be like other music videos we get to see these days. The interesting bit is Amruta Fadnavis’ association with it. Just how many politician’s wives we know who shed their inhibitions and come in front of the camera like this? There’s this stereotyping around a politician’s wife that Amruta is breaking. How is a CM’s wife supposed to look like? Like a woman draped in a cotton saree, wearing minimal jewellery and carrying that coy attitude. Here we have a woman who doesn’t shy away from wearing a mini red dress with high heels and owning a music video alongside one of the biggest stars of the millennium. Here we have Amruta Fadnavis doing probably what she feels is the best way to express the creative person in her. 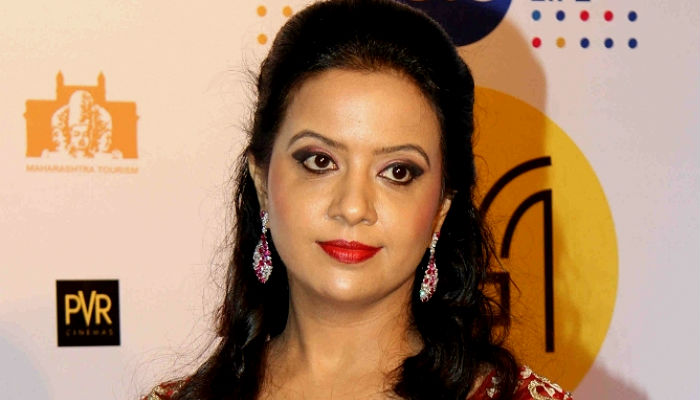 The emphasis is not what she’s wearing in the video or the fact that she’s dancing and singing in it. But to the fact that while most women find peace in being labelled as the wife of a known husband, there’s a woman who wants to come out of that shell. Intentionally or unintentionally, Amruta seems to have set an example for the wives of famous husbands who probably want to be known for the talent they possess, but have learned to be at peace by being perceived just as somebody’s wife.

The video is being produced by Bhushan Kumar under his banner of T-series. More details about it are awaited.