Directed by Anurag Kashyap and written by Nihit Bhave, the trailer for Netflix’s Choked bounces off an interesting real-life incident. The (now infamous) demonetisation scheme that banned the 500 and 1000-rupee denominations on a four-hour notice in 2016, sending panic waves around the whole nation, is the central conflict of Choked. Set around a bank teller (Saiyami Kher) running a tight household on her measly income, who suddenly discovers a neighbour’s secret stash of cash in her kitchen pipe, the film takes a closer look at greed. 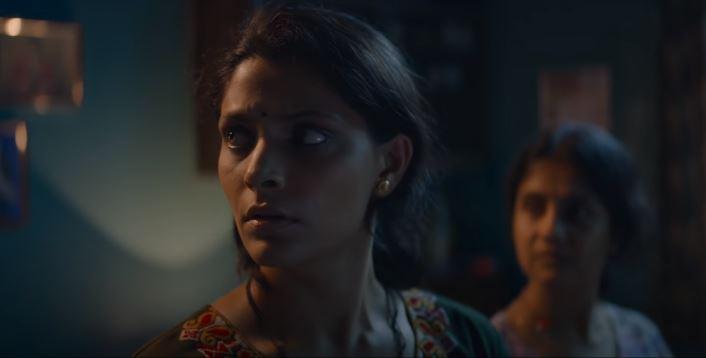 It’s a fascinating premise. It’s even more interesting that the protagonist here is a bank teller, her neighbour’s only hope to ensure all his hidden currency doesn’t become obsolete. What would you do… if you discovered a secret stash of currency? What would you spend it on, and what would that say about you? How far would she go while providing for her loved ones? It’s a great set-up for a Kashyap film.

The demonetisation episode is still fresh memory for most Indians. Standing in an ATM line for hours, only to be turned away with a sign saying there’s no cash left, it had come as a shock to the country’s unorganised sector.

Anurag Kashyap, whose last outing was in the less-than-satisfactory Ghost Stories, is hopefully back in command with this one. Adding nice ‘made-in-Mumbai’ touches to the story, like the seepage in the ceiling of an apartment, Kashyap is channeling his ‘Ugly’ zone, where he shines the light on the absolute worst of human nature. The film also stars Roshan Mathew, Amruta Subhash, Rajshri Deshpande among others.

Heres’ the trailer of Choked:

Choked will start streaming on Netflix from June 5.