What keeps Sarita Pillai (played by Saiyami Kher) up at night? A cashier at a government bank, she is saddled with the responsibility of a child and a husband with no steady source of income (played by Roshan Mathew). Mumbai has sucked Sarita into a rat race. As she lays on her bed and stares at the ceiling, the rotating fan turns into a shiny discotheque ball. Sarita dreams with her eyes open, an inherent ability in most Mumbaikars. She dreams that someday she will be rescued from her reality. In a city where an actor’s house is a legitimate tourist attraction, most locals mistake proximity to famous people as proximity to fame itself. So it’s not surprising that Sarita routinely wanders down the what-could-have-been lanes in Anurag Kashyap’s Choked.

Unable to sleep, she makes her way to the kitchen, stubbing her toe into a piece of furniture. She deals with it by clenching her teeth, the city has taught her well. Mulling over her failures while staring into the refrigerator, she hears a strange noise in the kitchen sink. She cautiously approaches the sink with a flashlight in her hand, probably expecting a rodent. Instead, she discovers sewage water bubbling out of her kitchen drain. Also, there seem to be a few packets emerging as well. Taking a closer look at plastic bags, Sarita finds bundles of currency. A treasure revealing itself in the gutter? Only in mayanagri. 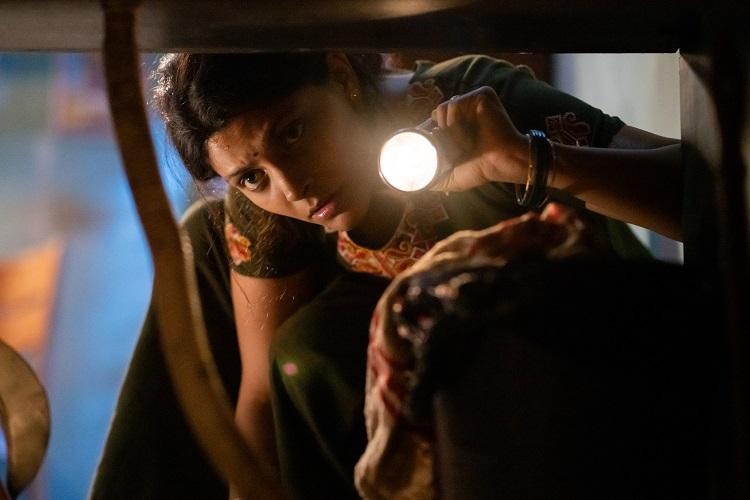 Like most Anurag Kashyap films in the past decade, Choked bites off more than it can chew. Or, pardon the plumbing metaphor, clogs more often than it spews. It all begins with close-ups of bulky suitcases being dragged up the stairs, and bundles of currency being examined under the lights. Wads of currency are then neatly rolled up and stuffed inside air-tight ziplock bags, which are then hidden in a drain. Shot with the finesse of a Sriram Raghavan caper, Kashyap deceives us into thinking we’re watching a focused thriller. Soon enough, Kashyap’s loose style takes over, giving us a tour of what’s life in a cramped city. We’re introduced to the nosy neighbours, who are all part of the family. The front doors never shut. Much like the online world, even privacy in suburban Mumbai neighbourhoods is a myth. Dal is sent over to the neighbour’s house without occasion. It’s a tightly-knit society that gossips together, stays together.

There’s plenty of flavour in these sequences, that also establish Sarita’s money problems. The constant seepage from her house into the house of her neighbour downstairs (Amruta Subhash). Taking place a month before and after the 2016 demonetisation scheme introduced by Narendra Modi’s BJP govt, the story soon spills in all sorts of directions. There’s a potential infidelity track that feels too contrived for its setting. Nihit Bhave’s screenplay keeps cutting between the present and a reality show episode where Sarita froze on stage. Ailing with performance anxiety ever since, the purpose of the track is arguably too literal and explained too quickly. 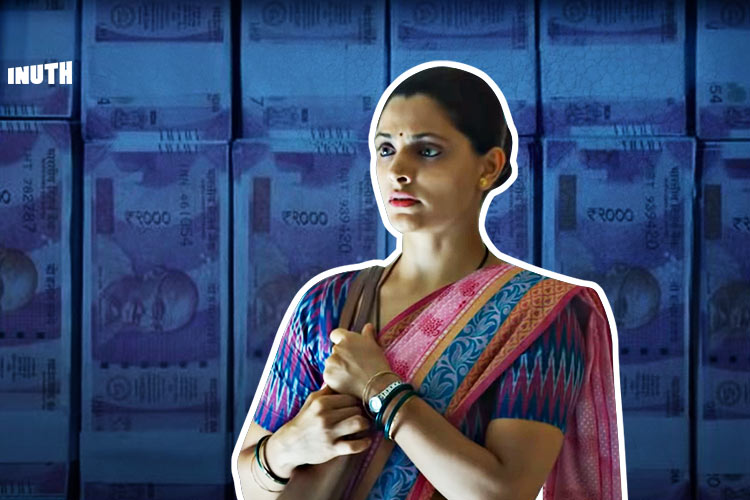 Kashyap’s disdain for the establishment is well known, which is why some of the backhanded quips at the demonetisation scheme don’t come as a surprise. Touching upon PM Modi’s diet comprising mushrooms, how demonetisation has bankrupted terrorists/Naxalites, and someone asking if the new currency has microchips… and later taking a selfie with the new 2000-note, they’re surely worth a few chuckles. But when a bank teller casually tells off a customer, saying ‘you should have been careful about who you voted for’ and another character keeps invoking achhe din on two separate occasions, it begins to seem like Kashyap and Bhave are hammering their point in, which is now beginning to sound like a sermon. It doesn’t help the advancement of the plot, and is no longer ‘subtle’ after a point.

From the cast, Saiyami Kher justifies her selection for the central part. Often conveying a lot with her piercing eyes, she is vastly improved compared to her first film, Mirzya (2016). But it’s a complex part, and some portions reveal her limitations too. Expertly ducking the landmine of the “nagging wife” tag for the most part, Kher comes close to earning the title in a few scenes. Roshan Mathew, playing the no-good husband, is impressively laidback and vulnerable in his Bollywood debut. However, it is Amruta Subhash (the most experienced of the lot) who turns in the best performance as the more-than-necessary-dramatic neighbour.

The premise for Anurag Kashyap’s latest is surely interesting, especially how it weaves demonetisation into the scheme. However, is it all it could have been? It does have the ingredients of being a commentary on the situation, and sometimes even the pretense of a caper film. However, the not-fully-digested climax makes it appear like the film could have been punchier. Nothing against a feel-good climax here, but it just seems like Kashyap and Bhave rushed towards a ‘happy ending’ solely to give the audience some respite from these testing times. Looking out of our windows, one has to wonder if manufacturing a hopeful ending is a worthy exercise anymore.