Deepika Padukone’s Chhapaak has released today. And, even though the film has been getting largely positive reviews by the popular critics of the country, a ticket-booking app has witnessed a flurry of negative reviews. These reviews look very similar in the way they’ve been written.

All these user reviews trash the film, mention Deepika Padukone’s JNU visit or comment on how she’s ‘siding’ with JNU students, and/or coax the audience to go watch the other Bollywood release – Ajay Devgn’s Tanhaji. A majority of these reviews have registered poor scores on the app, lowering the film’s audience rating.

Here are some of the user reviews left on the ticket-booking app: 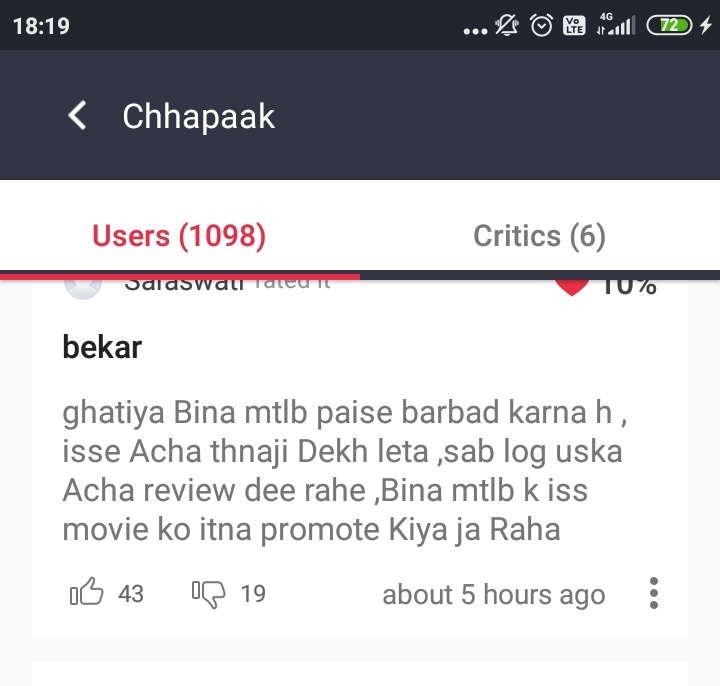 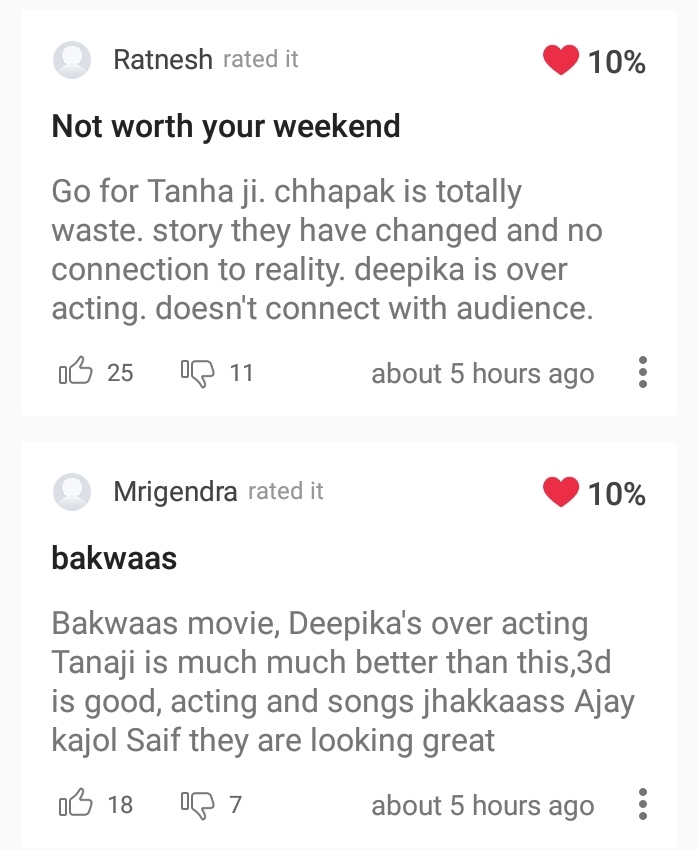 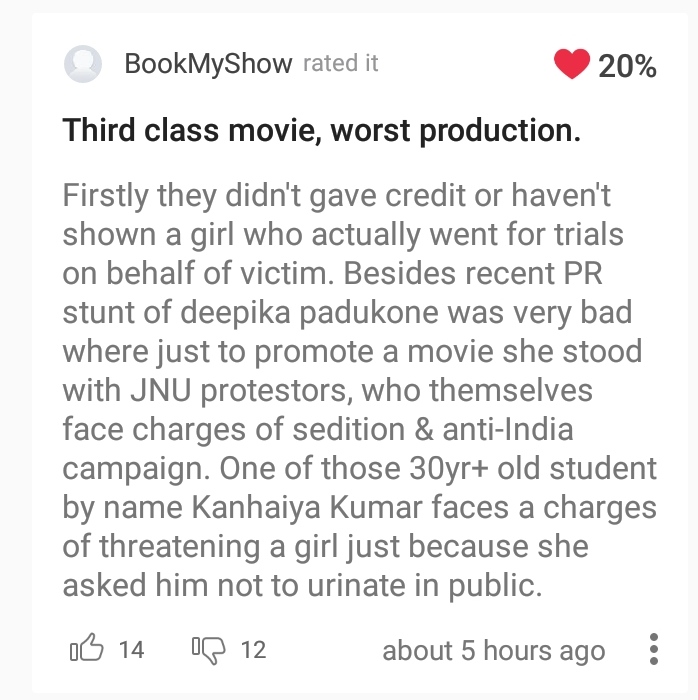 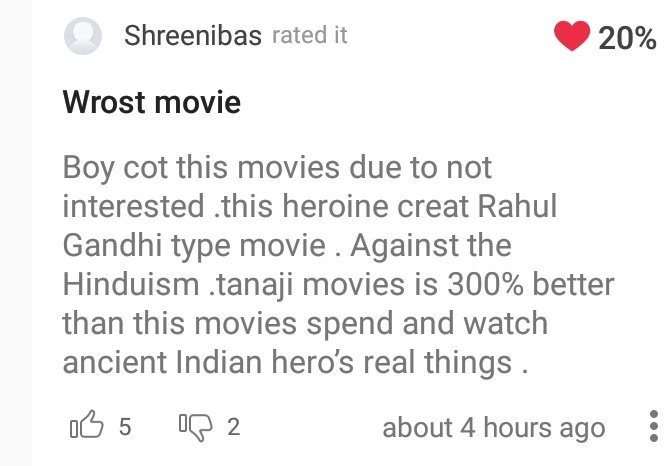 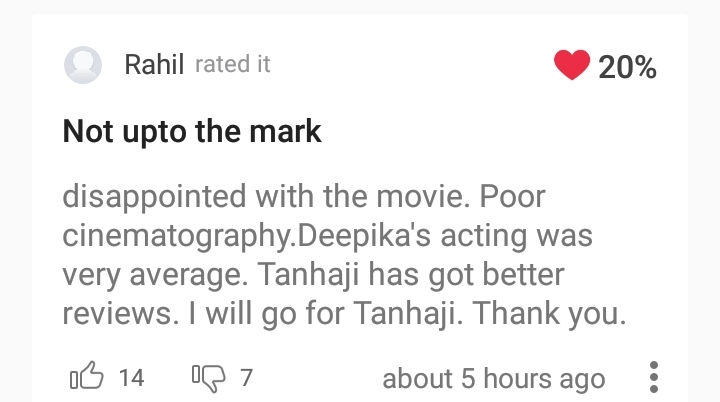 This is happening only a day after a co-ordinated attempt was made to discredit the film and its crew for changing the religion of a character in the film. The character, based on a real-life person, was found guilty of being an acid-attack assailant. Barely hours after the change of name and faith became a nationwide trend, it was busted as fake news. The idea that a majority of these reviews are fake, and are being written as a part of a larger coordinated attack on the film and the actor, cannot be dismissed.

All this hullabuloo around Chhapaak began only after Deepika Padukone paid a visit to the JNU campus on Tuesday evening. She was there to express solidarity with the students of JNUSU, who had been beaten only a couple of days before that. Padukone stayed only a few minutes, but soon began to dominate the headlines for becoming the first A-list celebrity to showcase a stand on the violence meted out on the JNU campus.

Meghna Gulzar’s Chhapaak is inspired from the life of acid-attack survivor turned activist, Laxmi Agarwal. Apart from playing the film’s lead alongside Vikrant Massey, Padukone has also co-produced the film, marking her debut as a producer.