The sequel of Baahubali is being waited by bated breaths by cine buffs all over the world. The second instalment of the magnum opus will answer many questions, the primary one being- Why Kattappa kill Baahubali? For a long time now, the makers have been releasing sneak peeks into the film. Keeping up with the same tradition, a new poster of Baahubali 2 was unveiled by makers today.

It shows Baahubali on the top of a majestic elephant, adding much grandeur to the poster. The background music score adds to the essence of it.

The success of Baahubali obviously added weight to the acting resume of all the stars who worked on it. But Rana, who plays the antagonist in the film, said that it was not the stars but the story which made Baahubali grand. Speaking about the same, Rana said, “I don’t think people will come to watch a film because I’m in it. They’ll watch it because of the content, and how it holds their interest. It could have been anyone in Baahubali in my place and people would still watch the film. It’s ultimately [about] the kind of story that appeals to them.” 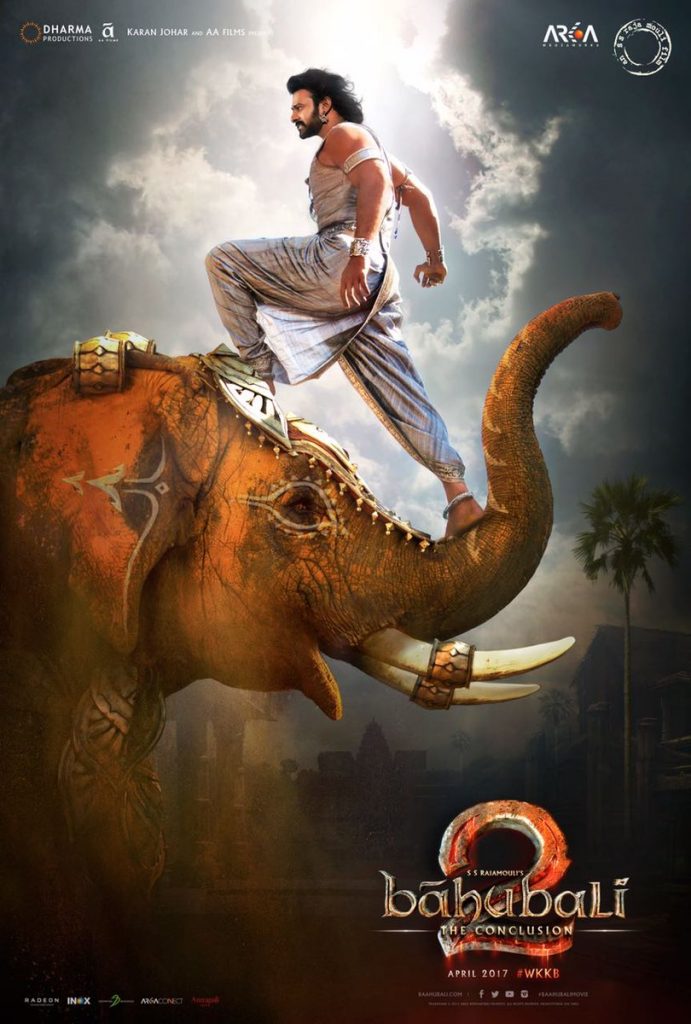 Well, though Rana may have given the credit to the story for the success it can’t be negated he gave one of the best performances of his career in the film.

Meanwhile, here is the poster: