Kapil Sharma’s childhood buddy and co-star Chandan Prabhakar aka Chandu chaiwallah is back on the comedy show The Kapil Sharma Show. Letting go of the past, Chandan is the only actor making a comeback on the show after the infamous fallout between Kapil Sharma and Sunil Grover.

After much apprehensions around Chandan breaking all ties with Kapil after the fight between the stand-up comedian and Sunil Grover, the two friends have reunited on the show.

To express his excitement, another co-star Kiku Sharda took to microblogging site Twitter and posted a picture of Kapil and Chandan walking towards each other to give a hug. He also captioned the image as:

Also read: Chandan Prabhakar’s reason behind returning to The Kapil Sharma Show is what we call maturity

Earlier, when questioned about his return on the show after the fallout, Chandan told a daily, “I am really excited to be back. Yes, I had some issues with Kapil, but we are brothers and go back a long way. Whatever happened is between us and we are mature enough to sort out our differences.” 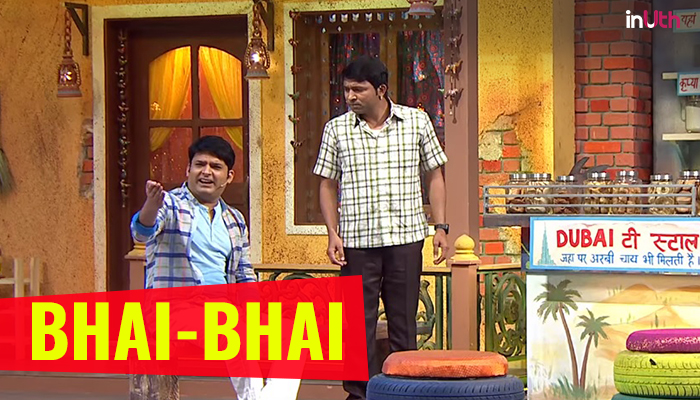 Also read: I don’t have grudges with Kapil Sharma: Ali Asgar speaks on The Kapil Sharma Show, Despicable Me 3 and more