India has, today, attained 70 glorious years of freedom. Bollywood celebs too, are in a celebratory mood and took to social media to convey heartfelt messages and wish their best to Indians. As we revelled in celebrating the independence we take for granted, we realised that Independence Day has a different meaning for Bollywood. The industry, which has been entertaining us for decades, still remains shackled.

Be it censorship or hyped promotions or rehashed songs, here are a few things that Bollywood ought to break free from:

This word has been at the centre of debate for a really long time. The chopping of scenes from movies has given rise to umpteen fights between filmmakers and the Board. Under the chairmanship of Pahlaj Nihalani, many filmmakers locked horns with the Central Board of Film Certification to release their movies without killing the essence of their creativity. With the appointment of Prasoon Joshi as its new chairperson, the filmmakers now hope to move on from the rough past and into a better future. Many filmmakers have suggested CBFC to just certify films and not censor them. Many have also said in the past that the Cinematography Act of 1952 is outdated. The clause (1) under section 5B states:

A film shall not be certified for public exhibition if, in the opinion of the authority competent to grant the certificate, the film or any part of it is against the interests of [the sovereignty and integrity of India] the security of the State, friendly relations with foreign States, public order, decency or morality, or involves defamation or contempt of court or is likely to incite the commission of any offence.

The unambiguousness of this clause is what many believe is the problem with the Censor Board. Since there is no set definition or clarity about what would be ‘unfit’ for the nation’s interests, the board chops off scenes arbitrarily. In the past decade, many attempts have been made to reform this act but little has come to fruition. With fresh leadership, we may just see another push to amend the clause to give more freedom over art and creativity. 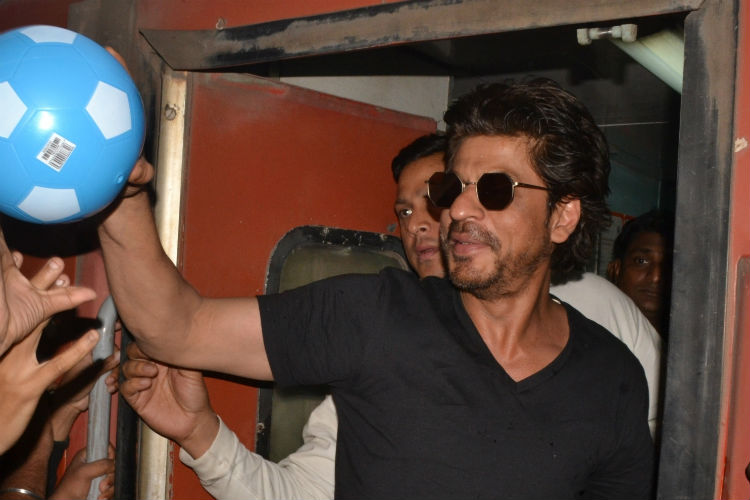 Right from when a movie goes on floors till it releases, promotions play an important part. To keep the buzz around the movie going, the makers take promotions a notch higher. And that has become a problem. These days promotions in the movies have gone overboard to an extent that it irks people. This is how the trend goes these days: Teaser poster -> Poster-> Teaser trailer -> First song -> Second song -> Trailer -> Second trailer and so on… If launching different kinds of stuff from the same movie wasn’t enough, they go overboard with promotions on social media, just to keep the movie in the headlines. With such an immense hype created around the movie, it is really unfortunate when the film turns out to be a dud at the Box Office. Maybe our dear folks in Bollywood would give us a break from promotions?

Bollywood’s love for old hit songs really needs to stop. Almost every film these days has a rehashed version of an old song. Be it Humma Humma, Tamma Tamma, Saara Zamaana, Laila O Laila or Hawa Hawa, we have a plethora of rehashed songs and very few original compositions. This just shows that Bollywood is running out of new ideas and picking up an old song is the easiest thing to do.

You always feel the discrimination. It is not just with the money, it is also in general. If you are on an outdoor schedule, you know that the guy is going to get the better room. Why does that need to happen?
— Anushka Sharma

The debate around actresses not getting equal cut as their male colleagues has achieved a lot of momentum. These days actresses have been quite vocal about the amount of sexism they face daily. Bollywood actresses don’t get paid as much as they deserve, which serve as a bad example for people who look up to the industry. Beyond mere talking about women empowerment, it would be encouraging to see the industry take steps in treating the actresses as equal to their male counterparts. 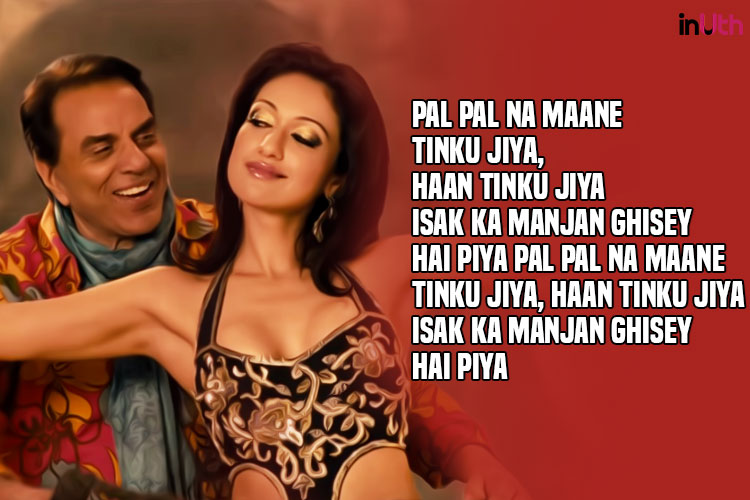 Lyrics of ‘Tinku Jiya’ from the movie Yamla Pagla Deewana

Let us accept this – Bollywood’s lyrics these days are cringe worthy. From Tera Pyaar Hookah Bar to Aaj Blue Hain Paani Paani Paani, we are sick of such senseless songs. These songs are fuelled with glamour but the same cannot be said about the quality of music. The era of beautiful and soothing music coming from Bollywood seem to have gone and it has been taken over by lyrics and music which are far from being Gulzar-esque. Only if we could have lyrics which meant something! *Sigh*