Celina Jaitly is enjoying the double dose of happiness and joy as she is expecting twins for the second time. Celina, who is already a mother of two boys, got a nude photo shoot done beautifully flaunting her baby bump in the bath tub and was trolled on social media. The haters posted shameful and nasty comments on her pictures. But, at last Celina has given back to the haters as she penned a Facebook post giving the befitting reply to them.

The social media trolls could not digest that the stunning actress will be embracing motherhood again and over the top got a photo shoot done. So, haters posted some foolish comments on her picture and said she had nothing to do except making babies.

“Upon posting a recent pregnancy picture in a bathtub with a message condemning the stereotype s associated with pregnant women and their bodies in our culture, clicked by my beloved Peter Haag for MissMalini.com I was surprised to see what followed next. While I did receive a lot of love, my social media feeds on my Instagram, Twitter & FB Fan Page turned into a battle ground of trolls vs like minded followers & well wishers, “ Celina wrote.

Also read: Celina Jaitly posts photos flaunting her baby bump and haters say she has nothing to do except ‘making babies’ 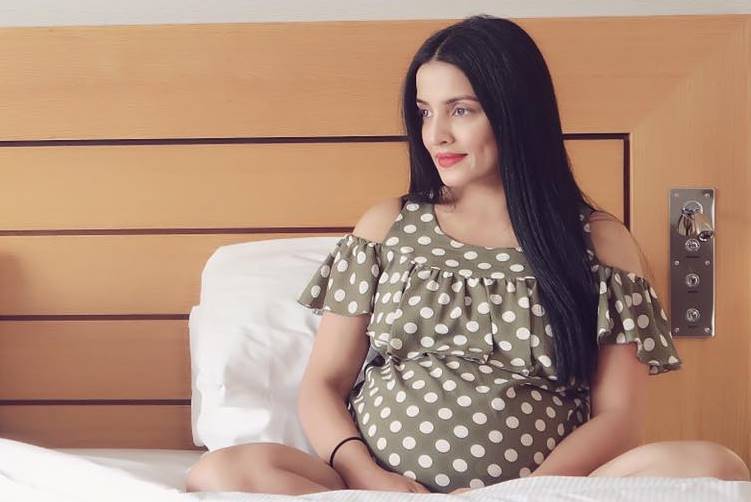 The actress who is enjoying in London further added, “Having been perceived to violate traditional expectations for behaviour & dress code during pregnancy it was not surprising to see trolling/ slut shaming on my post and honestly to me they truly are laughable and don’t affect me personally… However, what disturbed me was the aspect that even in today’s times an immense growth is being seen in this kind of regressive mentality and how some people driven by this ideology are willing to intimidate a woman ( even a pregnant woman) using a considerable amount of verbal violence along with intentions of sexual violence just because the picture did not meet the traditional and cultural expectations of a few self proclaimed theckedars of our society.”

Meanwhile, check out her pictures flaunting her baby bump:

Couldn’t resist sharing one more pic from our estate garden in #Austria .. this tree was just a sapling when @winstonjhaag & @viraajjhaag were born and now it’s one of the smallest yet most fruiting #appletrees in our gardens .. can’t wait for the two apples in my tummy to experience this nature… #babymoon #twinpregnancy #pregnancystyle #preggerlife #pregnancy #Austria #austrianalps #celina #celinajaitly #celinajaitley #mylife #myworld #myheart #gratitude #nature #ilovenature #instagood #celinasworld #bollywood

“I’m a person of the mountains and the open paddocks and the big empty sky, that’s me !” .. every time I go back home to #Austria I feel enriched and rejuvenated, it reminds me of my very happy childhood growing up in the equally gorgeous #kumaon #Hills of #India .. thank you @haag.peter for this #babymoon .. As you can all see the #Babybump is loving its Austrian roots !! #mylife #myworld #Austria #india #austrianalps #instagood #nature #mountains #bollywood #twinstagram #instagood #celina #celinajaitly #celinajaitley #babymoon #bump #ilovenature #onewithnature #onewithself #havingthetimeofmylife #havingtwins #pregger #pregnancy #preggerlife #pregnancystyle #twinpregnancy #celinasworld