This past Sunday, I had around two dozen men playing 16 (I counted) drums at ear-piercing decibel levels for four hours straight, right below my house.

Why is that fact important? Because it was under those extenuating circumstances that I made the terrible, terrible mistake of booking tickets to Batti Gul Meter Chalu. ‘It can’t be worse than this,’ I remember thinking while swallowing two more painkillers to stop the pounding in my head and clenching my fists to keep myself from ripping my ears out in frustration.

I won’t say that Batti Gul… was worse than having 16 drums being relentlessly beaten under your window, but I can’t say it was a significant improvement either. And that’s possibly the kindest thing I can say about it. 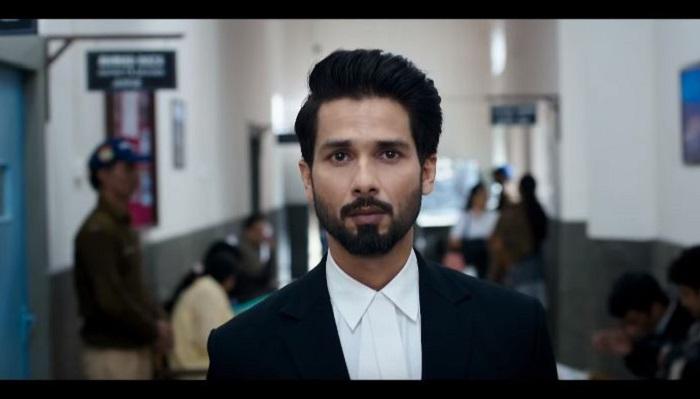 The film is gimmicky, trying too hard to appear rooted in an ‘authentic Garhwali’ setting, poorly written, badly directed, and horribly acted. But the biggest let-down was that here was yet another Bollywood film that had written its female characters as if they were props to be arranged around its violently overacting male lead. In a movie meant to be a social commentary and a windows into the many plights playing the conflict-averse, debt-ridden, middle class aam aadmi.

But let’s take a beat to unpack the few minutes of screen-time given to its aam aurats, shall we?

By now, most of us who still can’t rip ourselves away from the mediocrity of Bollywood know the central premise of the film. A childhood friendship goes sour when the woman picks one friend over the other as her romantic interest. She does this because both of her best buds feel a breathtaking entitlement to her love, and drive away a, predictably, ‘uncool’ match she was trying to arrange for herself with the help of witticisms that will make you wince. But we’ll ignore this relatively innocent transgression.

Hurting our hero’s sentiment comes at a price, of course, and he stomps off petulantly, like a child who has had his candy taken away. Except ‘candy’ is a grown-ass woman who was never “his” to begin with. A terrible tragedy knocks some conscience into him and hero-bro returns to their little town to bring an evil corporation to its knees on behalf of all its hapless consumers.

A lengthy court case ensues, interspersed with shots of our hero, Shahid Kapoor’s face scrunched up in concentration, as he rifles through files, papers and law books, ostensibly to emphasise his herogiri and tell us how dedicated he is to The Cause.

Meanwhile, Shraddha Kapoor, who has every reason to hate our hero’s guts — he proves himself to be a ghastly, inconsiderate, self-centered friend — is given plenty of time to look over the horizon contemplatively, but barely any dialogues to express any emotions more complex than swift, inexplicable forgiveness for an unrepentant friend. Interestingly, we never once hear an actual apology come out of hero-bro’s mouth. But she forgives him anyway. Because why bother allowing your female characters actual human emotions like grief, anger, resentment and the agency to not forgive someone until they actually, you know, say sorry, at the very least, when you have a B-roll full of sidelong glances and impressed looks?

In the courtroom, he faces off against an obviously better-qualified and experienced woman lawyer. But hero-bro being hero-bro, never misses a beat and manages to charm the benevolently smiling female judge and the gallery with crass puns and innuendos. Most of them revolving around facts and “figures” and other such excellent lawyer-type arguments. At one point, he whips out a romance novel from his opposing counsel’s bag and reads aloud a love scene as an explanation for where she got her legal argument from, as the audience tittered. A normal person would want to cross the road to avoid another encounter with such a deeply unprofessional person, but not in her-bro’s charmed universe. Lawyer lady proceeds to go on a date with the person who, by all definitions, sexually harassed her in her workplace. Yep, that actually happened.

And you can’t help but wonder, how come so much of Bollywood still writes women’s characters as if the people doing the writing aren’t adults, but hormonal teenage boys? How can it be so difficult, in 2018, to write female characters that behave like normal, functioning, thinking human beings? Instead of sponges meant to absorb the male characters’ rage, ambition, and loving sexism?

You don’t have to make them central characters or give them equal roles, Bollywood. In a world of multiple Housefulls and Grand Mastis, that might be too high an ask. Let’s at least start with allowing female characters to have reasonable human interactions and reactions, instead of the bizarre emotions they are (mostly) saddled with. Can you do that much, Bollywood?