There’s a new awards show in town. But before you flip the channel, this one won’t have celebrities performing to a medley of songs, Karan Johar won’t be cracking unfunny, tone-deaf jokes on privilege, and actors won’t be getting awards for showing up. In a country, where most award shows choose high TRPs for their star-studded televised event over adhering to merit, the Critic’s Choice Film Awards (CCFA) promises to be relatively less starstruck and more objective. Presided over by the Film Critic’s Guild comprising names like Anupama Chopra, Baradwaj Rangan, Rajeev Masand among others, the guild aims at making choices more informed than to invent categories like ‘Fresh Face of the year’

Box office numbers and a celebrity’s attendance don’t matter here, and the CCFA focuses on ‘maintaining the highest level of integrity amongst its members and evaluating works of cinema’. A lot of this is visible in their categories and nominations too, where the ‘technical awards’ are on an even footing with the more glamorous parts of an awards night. Here are some of our takeaways from the nominations of the inaugural CCFA:

Films like Tumbbad and Manto usually get forgotten during the evenings sponsored by gutkha barons, because they didn’t set the box office on fire. By shining a light on the painstaking effort that went into building that period setting, the CCFA has done justice to the ‘production design’ category. It’s great that these two films are pitted against Padmaavat, which probably had a higher budget for costume than the entire budget of  Manto and Tumbbad.

The CCFA is awarding the Best Background Score – the thankless job that Salim-Sulaiman did for so many YRF films (presumably) in their free time. Where else would Danish composer, Jesper Kyd, get a nod for his haunting score in Tumbbad. Nominated with him are Amit Trivedi (Manmarziyaan) and Daniel B George (Andhadhun).

The Best Song category recognises two of the most overlooked Hindi music albums of the year – Laila Majnu and Manto. Niladri Kumar’s dream-like Aahista Aahista and Sneha Khanwalkar’s brimming-with-dissent Bol Ke Lab Azaad Hai Tere . Rashid Khan’s vocals is some of the most powerful playback in a Hindi film in 2018.

The choices in Best Supporting Actor (male and female) are interesting too. Where names like Manoj Pahwa (Mulk), Gitanjali Rao (October), Jaideep Ahlawat (Raazi) – all of whom broke into mainstream consciousness with their compelling performances. The nomination list also includes Sui Dhaaga‘s Yamini Das, who plays Varun Dhawan’s mother in the film, a performance that was largely ignored by most award shows.

The Best Actor category  has names like Vineet Kumar Singh and Taapsee Pannu (arguably two of the best performances of 2018) rubbing shoulders with Ranbir Kapoor, Ranveer Singh and Alia Bhatt. It doesn’t matter that their films Mukkabaaz and Manmarziyaan (co-incidentally both directed by Anurag Kashyap) didn’t go on to become successful. The CCFA also doesn’t fail the talents of Gajraj Rao and Neena Gupta (for Badhaai Ho) by relegating them to the Supporting Actor category. They were the lead couple of their film, even though our ageist award shows don’t see it like that. 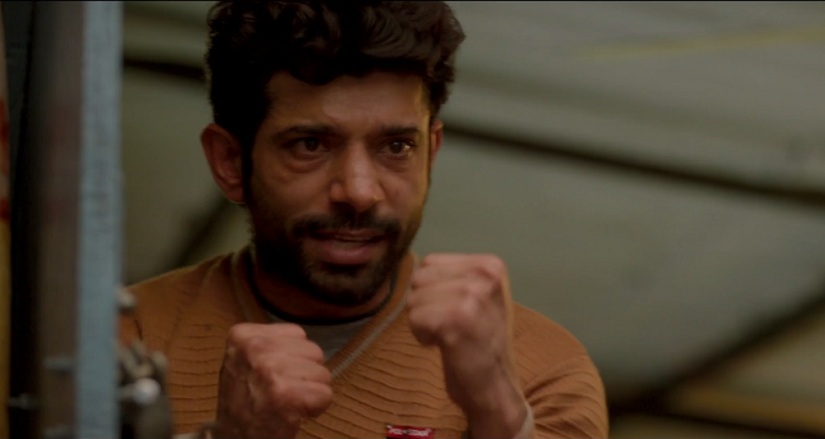 The CCFA has made all the right noises when it comes to mainstream Hindi films, by striving to make the most meritorious choices. But its ‘token efforts’ to seem ‘inclusive’ towards regional cinema is for the lack of a better word… embarrassing. The guild has come up with a Best Film category for seven major regional languages – Tamil, Malayalam, Telugu, Kannada, Bengali, Marathi & Gujarati – something that has been viewed by some as ‘charity’ towards those outside the purview of Hindi films.

Dear esteemed members of @theFCGofficial.
In your @CCFAwards how many nominations were given to films produced outside Bollywood for all the main catogaries (ie best of India catogs)?
An I to understand that ZERO is the answer? #CriticsChoiceFilmAwards@anupamachoprahttps://t.co/TqA0DxthRt

It’s a legitimate question though, that if a body like that of the CCFA (that too in their first edition) considers Hindi film as the default option for ‘Best Film’, then will it do much to expand the discourse in cinema? Why can’t a film like Ee.Ma.Yau compete for ‘Best Film’ with Andhadhun? Why can’t a technician working on a Marathi film be recognised for Best Cinematography along with October‘s Avik Mukhopadhyay? Will they reconsider their stance and rename the category as ‘Best Hindi Film’. Also, seriously what is a movie like Srijit Mukherji’s Ek Je Chhilo Raja doing in any nomination list, let alone Best Bengali Film?

It will be interesting to see if the CCFA takes this criticism into account, or just moves on with the arrogance of their televised counterparts. The integrity of Indian film awards is any way in the doldrums, if the CCFA wants to stand out it will have to definitely be more sincere and holistic in their approach.